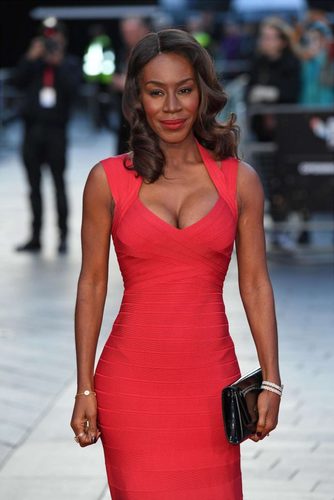 "We are delighted that Amma will accept this honour at the BUFF Awards on the 4th of June. We have a lot to thank Amma for"

The British Urban Film Festival will honour director Amma Asante with its’ highest accolade at the 2018 BUFF Awards on Monday 4 June.

The BUFF honorary award is given to an individual in recognition of an outstanding and exceptional contribution to film, television or theatre. Amma will be the first ever female recipient of the award and the fourth individual to receive the honour following Ashley Walters last year, Wil Johnson in 2016 and Richard Pryor (posthumously) in 2015.

Emmanuel Anyiam-Osigwe, CEO and founder of BUFF, said: “Having presented our very first honorary award to the daughter of Richard Pryor, i am delighted once again to present our most prestigious award to a woman whose name is synonymous with the film business and whose name is rightly celebrated all over the world. To this day, I never tire of raving on and telling people about Amma's phenomenal debut feature 'A Way of Life' in 2004. She then went on to direct 'Belle' in 2013 and in 2016, BUFF (in conjunction with Pathe UK & BBC Films) was honoured to have screened 'A United Kingdom' at our inaugural patrons gala.

In spite of what's been said about Hollywood and the film business in general, it's an exciting time to be Black, British and female. BUFF has done more than most to celebrate Black British female talent over the past 13 years. From Isis Davis to Destiny Ekaragha, Candice Onyeama to Clare Anyiam-Osigwe BEM, the British Urban Film Festival has paved the way for these women and many others to showcase their creativity and to be recognised for their work.

"We are delighted that Amma will accept this honour at the BUFF Awards on the 4th of June. We have a lot to thank Amma for".

The 2018 BUFF Awards take place in London on Monday 4 June at the Mile End Genesis Cinema.

To find out more about this years nominees, please email: Jo Eluka on hello@joclarepr.com 07534432709