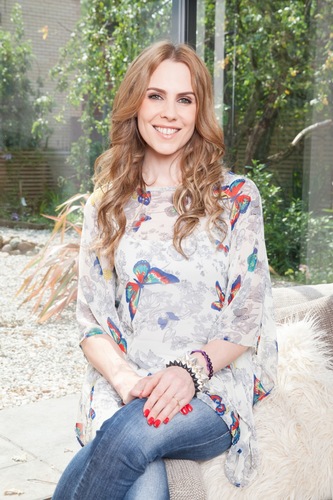 Those affected are disrupted on average 70 nights a year, leaving them feeling tired and grumpy

Almost half of UK adults are losing sleep every week due to noise from outside their homes, leaving much of the nation feeling worn-out and grumpy on a regular basis.

According to the research by Everest Home Improvements, 46 per cent of Brits are woken or kept awake at least once a week by noise from outside, with those affected being disrupted on average 70 nights a year.

Following a disturbed night’s sleep, many are left tired and strung-out, with over a third (37 per cent) saying they have less energy, while three in ten (30 per cent) find themselves in a bad mood the next day. Productivity levels are another key concern, with almost a quarter of respondents (24 per cent) saying they are less productive after their sleep has been disrupted and more than one in five (22 per cent) struggling to concentrate.

The poll found that the top sources of noise disrupting the nation’s sleep were anti-social behaviour (16 per cent), neighbours (15 per cent) and car or house alarms (14 per cent). Road noise or traffic (13 per cent) and other people’s pets (10 per cent) also featured high on the list of intrusive noises that regularly keep people awake.

Despite the significant impact on their state of mind, less than a third (32 per cent) of respondents said they would ask those creating the disturbance to be quiet, opting instead to wear earplugs (16 per cent) or turn up their TV or radio (13 per cent). Almost one in six (16 per cent) have gone so far as to move house because of the noise coming from outside their home, with another one in twenty (5 per cent) currently considering moving due to noise pollution.

Psychologist Emma Kenny explains, “In the modern age, where life is fast paced and where the work-life balance can feel challenging, finding sanctuary is more important than ever. Noise disturbance is annoying at the best of times, but more importantly it can cause health issues when it interferes with our sleep patterns.

“Getting an uninterrupted and peaceful night’s sleep ensures we are physically and emotionally rested and allows our bodies to heal from the stresses and strains of modern day living. If the noise outside is affecting our ability to rest and relax, we are likely to experience a whole host of negative issues, including irritability, lack of focus and exhaustion, which can impact on every aspect of our life. That’s why it’s imperative to create a zen space, with as little noise pollution as possible.”

Martin Troughton, Marketing Director at Everest, adds, “While many of us will know from personal experience that a disturbed night’s sleep can have a detrimental impact on how we feel the next day, the scale of the issue identified through this research is something of a surprise. Almost half of the adults in this country are being affected every week, which is having a huge influence on their mood and overall state of mind.

“Although two thirds of those surveyed said they wouldn’t ask the person creating the disturbance to keep the noise down, there are other things they can do to mitigate the problem. Rather than going to the extreme lengths and cost of moving house, fitting sound-reducing products such as windows made with laminated acoustic glass will help to reduce the noise, as well as potentially improving the property’s energy efficiency and security.”

Everest’s new acoustic glazing has a special polymer layer sandwiched between two panes of glass, which interrupts sound waves to reduce noise pollution. In addition to its exceptional sound-reducing qualities, it has A+ rated thermal performance and is highly secure as the lamination process means the glass is virtually impossible to break.

Pictured: Emma Kenny, TV psychologist, presenter and expert commentator
A high-res version of the photo is available upon request

The research for Everest was carried out online by Opinion Matters between 06/04/2018 and 11/04/2018 amongst a panel resulting in 2,000 UK adults aged 16+. All research conducted adheres to the MRS Codes of Conduct (2014) in the UK and ICC/ESOMAR International Code on Market and Social Research. Opinion Matters is registered with the Information Commissioner's Office and is fully compliant with the Data Protection Act (1998).

Available from May 2018, Everest’s new acoustic double and triple glazed windows have an A+ rated thermal performance and are more secure than other windows due to the lamination process, which means the glass is virtually impossible to break. The acoustic glazing also blocks 99% of UV rays, helping to reduce the fading and bleaching of furniture and other fabrics by the sun.
For more information on Everest’s new acoustic glazing, visit https://www.everest.co.uk/double-glazing-windows/acoustic-gl...

Everest has been at the forefront of innovation in the home improvement industry for over 50 years, offering an impressive range of high quality windows and doors in UPVC, aluminium and timber, as well as conservatories, orangeries and other home improvement products. With factories in Wales and South-East England, each Everest window is custom made and fitted to the exact millimetre. Its products are continuously tested to the latest security standards as well as a number of bespoke tests demonstrating thermal efficiency, strength and more, ensuring that the homes of Everest customers are some of the warmest, safest and most secure in the country.
www.everest.co.uk

Emma Kenny is a highly experienced presenter and professional, with psychological and counselling qualifications recognised by the British Association of Counselling and Psychotherapy and the British Psychological Society. She is a resident expert on ITV's This Morning and also appears regularly on Good Morning Britain.
www.ekenny.co.uk