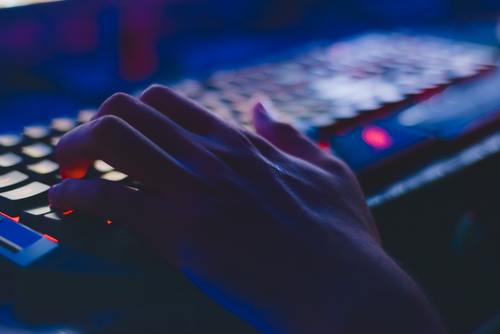 • Video Game addiction classified as a disorder by WHO

• Developers use psychological tricks to keep people paying and playing

• Addiction Expert talks about how videogames impact the mind

In the wake of stories like the nine-year-old who wet herself while playing a video game, many people are asking how video games can be so addictive. Now classified as a disorder by the World Health Organisation, video games have been seen to raise dopamine levels in the brain to twice their base level. This means the brain is likely to become conditioned, which can lead to a downward addictive spiral.

‘The freemium model where the game is free but then you pay for extras, is putting the emphasis on game developers to make them incredibly addictive and meet psychological needs such as significance and connection to incentivise players to spend money and time on these games.’

Adam explained why games like Fortnight can be so addictive:

‘The most popular game within Fortnight is the Battle Royale where contestants play against 99 other players to become the last one standing. This means that people can invest hours competing against other players. If they need to leave the screen for even a few moments it could undo all the effort they have invested up to that point. This is why we’re seeing people urinate into bottles or even their beds – they simply can’t leave the game once it’s started!'

Nearly 10% (8.5%) of children aged 8-18 shows signs of videogame addiction , which is only predicted to grow as more children begin playing. Smartphones make it easier than ever to play a game no matter where you are, and it’s not difficult to see why people become addicted. Adam explains:

‘It’s difficult to leave something that makes you feel so good, we know that games trigger the release of dopamine which can become habit-forming, especially when the stimulus is so readily available to us all the time.’

Adam has seen a rise in this type of video game addiction over the past few years, and encourages parents to check in with their children to manage how much time they spend playing. Using hypnosis and NLP even strong addictions can be resolved in as few as 3 sessions.

Adam is offering free consultation calls to worried parents and the test is available on his site AddictionExperts.co.uk

Notes to Editor:
Adam Cox is a fully insured clinical hypnotherapist that qualified with the LCCH, is a member of the BSCH (British Society of Clinical Hypnotherapists) and listed on the GHR (General Hypnotherapist Register) http://www.hypnotherapy-directory.org.uk/hypnotherapists/ada.... Adam has worked with celebrities and CEO’s and is often featured in the UK media. For more information visit Addiction Experts http://www.addictionexperts.co.uk