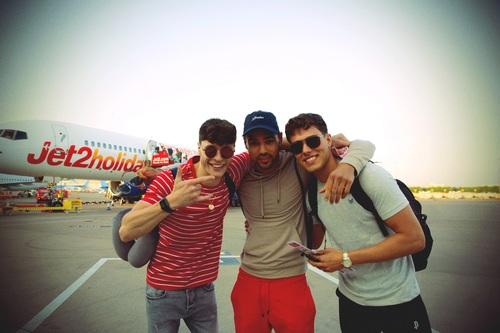 With things heating up on Love Island, now in its second week on screens, new research reveals 41% of British holidaymakers have enjoyed their very own holiday romance.

A study of 2,000 holidaymakers found that four in ten have experienced a romance in the sun at some point in their lives.

13% of people also said they met their current partner on holiday, with one in 25 even getting married following some summer passion abroad.

Overall, one in five (20%) holidaymakers say that they have fallen head over heels in love on a summer holiday at some stage.

The survey by Jet2holidays has been commissioned to mark its sponsorship of Love Island 2018 as its designated travel partner. It’s also offering a chance for viewers to win ten pairs of money-can’t-buy tickets to the Love Island Live final plus a Jet2holiday for two people to Majorca up for grabs each week throughout the series.

The study also shows that holiday romances are not necessarily a brief summer fling, but often turn into something far more lasting.

Whilst almost half (45%) fizzle out before the aircraft takes off home and 23% end after a few dates back at home, a third (32%) of all holiday romances are still going strong today and one in ten (9%) of holiday romances end up in marriage.

The survey has also revealed that Brits aren’t afraid to choose more than one partner in their quest for love when they’re in the sun.

A fifth (21%) of Brits admit to having more than one holiday romance in a single holiday, with these non-monogamous holidaymakers clocking up an average of three romances during a single holiday.

Zoe Towers, Head of Product at Jet2holidays added: “Our summer holidays are all about creating memories, and the holiday romance has always been a part of that magic. With Britain talking all about Love Island, our research shows that we are in fact a nation of Love Islanders ourselves.

“At Jet2holidays we hear from lots of happy customers who have met their partners when on holiday with us, and this research really demonstrates that. It’ll be interesting to see if the data applies to any of this year’s Love Island contestants, and we’re sure the nation will be watching keenly.”

The survey also reveals who is the most and least likely to have a holiday romance, depending on where they live:

Cities most likely to have had a holiday romance:

Cities least likely to have had a holiday romance:

*The research for Jet2holidays was carried out by OnePoll between in May 2018 with 2,000 adults. All research conducted adheres to the MRS Codes of Conduct (2010) in the UK and ICC/ ESOMAR World Research Guidelines.