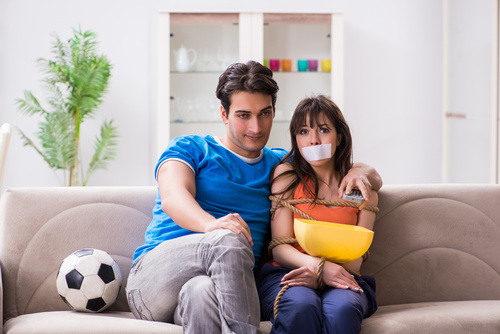 The World Cup is bad for divorce according to divorce experts in the UK.

England reaching the quarter finals of the FIFA World Cup has caused divorce enquiries to drop significantly, according to online divorce experts at the online divorce firm Divorce-Online.Co.UK.

The company, that deals with 5% of all divorces in England and Wales report that there has been a 36% drop in the number of cases they normally deal with during the 3 weeks of the contest, so far as England head into the Quarter finals on Saturday 7th July.

The last time this happened was in 2010 when England were thrashed 4-1 by Germany in the knockout stages.

With England poised to take on Sweden in the quarter finals, the firm predicts that as long as England keep progressing, people will hold off on divorce filings until England either win, or are knocked out.


Divorce rates are currently at their lowest levels since the 1970's.

Divorce Online is a UK based online divorce service serving thousands of UK consumers in filing divorce cases since 1999.