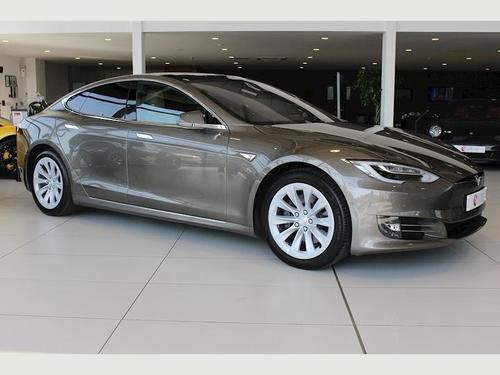 Auto Trader has published a list of the best electric and hybrid cars according to affordability, luxury and range

Electric cars are becoming increasingly popular, with prices coming down and mileage range going up, electric models are rapidly becoming a more viable and sensible option for today’s car buyer. Such cars also have the advantage of emitting no tailpipe emissions or pollutants, and the cost of charging them up is smaller than the cost of filling up a fuel tank.

The best budget option
Renault Zoe
The Renault Zoe has been ranked as the best budget option. It’s one of the cheaper options on offer, and it can also be bought on a deal where you lease the battery from Renault, making the purchase price even more affordable. What’s more, the Zoe is smart-looking with a hi-tech interior, and also has a five-star Euro NCAP crash test rating.

The best for long ranges
Tesla Model S
A single charge of the Tesla Model S can get you almost 400 miles, making it a more viable option for consumers wanting to do more than pop into town. It boasts serious performance and some clever interior technology including a 17-inch touch-screen up front.

The most aspirational
BMW i3
BMW has delivered a truly aspirational electric car, thanks not only to its badge, but also to its sharp, innovative design. It gives you plenty of speed and fun handling, too. The i3 car comes with a premium price tag, but you certainly get a premium product for your money.

The most understated
Volkswagen e-Golf
The e-Golf looks a lot like its non-electric counterpart, except with blue-tinted headlights and a different front grille. And, like any other Golf, it boasts all the same attributes - meaning high quality, family car practicality and a sophisticated driving experience - but with the added bonus of zero exhaust pollutants.

The best British-built option
Nissan Leaf
The British-built Leaf was the first vehicle to convince people in large numbers that an electric car was something to consider, and now there's a new one. Built in Sunderland, with an improved battery, more power, bigger range and better affordability, it is the perfect option for the middleweight buyer.

Auto Trader has also announced the electric cars it’s anticipating in the imminent future, with more and more models due to enter the electric car market in the coming months:

Erin Baker, Editorial Director of Auto Trader says: ‘the range of electric cars on the market is rapidly increasing, with more and more models available. A majority of electric cars are now capable of travelling upwards of 100 miles on a single charge and batteries are becoming more compact. With technologies evolving, we’ll be seeing more sophisticated EVs coming to market in the next few years.’

About Auto Trader
Auto Trader Group plc is the UK and Ireland’s largest digital automotive marketplace. Auto Trader sits at the heart of the UK’s vehicle buying process and its primary activity is to help vehicle retailers compete effectively on the marketplace in order to sell more vehicles, faster. Auto Trader listed on the London Stock Exchange in March 2015 and is now a member of the FTSE 250 Index.

The marketplace brings together the largest and most engaged consumer audience. Auto Trader has over 88% prompted brand awareness and attracts an average of 55 million monthly cross-platform visits a month, with circa 70% of visits coming through mobile devices.

The marketplace also has the largest pool of vehicle sellers (listing more than 470,000 cars each day). Over 80% of UK automotive retailers advertise on autotrader.co.uk.