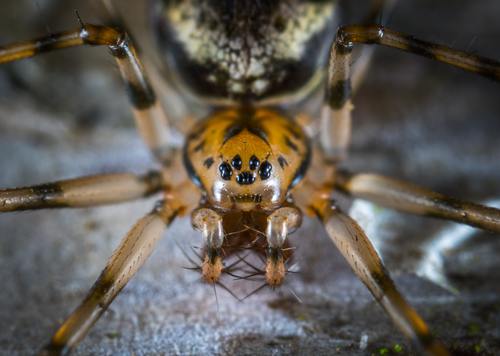 As we move into Autumn, we’ve begun to see more and more spiders. This time of year is known as spider season because as the weather turns colder, the males of the species go in search for a mate which often leads them inside people’s homes. Over the past few days, we’ve seen an increase in spider sightings within the home, including huge spiders in Kent and an arachnid that can jump six feet in Cheshire

After a summer spent feeding on other small insects, male spiders emerge as the weather takes a turn. They become sexually mature and go looking for a mate to reproduce with and this often leads them inside to warmer and cosier environments, like your house. This can be particularly stressful for arachnophobes, having to deal with something they dread in their own home, a place that previously may have been considered a safe haven from spiders.

Phobia guru and Harley Street Hypnotherapist Adam Cox explains why spiders are so prevalent this time of year:

“September is the breeding season for many varieties of spiders native to the UK. This means that many spiders are moving around more looking for mates and after the spider eggs hatch there are millions of baby spiders exploring their environment for the first time.”

When looking to keep the creepy crawlies out of your home, there are several methods you can employ. Regularly vacuuming and dusting all the forgotten corners of your home will deter spiders from making camp and using essential oils like tea tree can also put them off.

The impact of this time of year on those who suffer from arachnophobia can be huge. Adam explains the difficulties that may be presented and offers advice to those who suffer about how best to navigate this tricky time:

“Many with a fear of spiders believe that this is a permanent feeling they’ve had all their life. Humans are only born with two fears; a fear of loud noises and falling – every other fear is learned. The fear is often learned from a parent or sibling but can be a result of a sensitising event such as seeing a spider for the first time as a child. This is often a highly emotional time which can turn into a generalised fear often described as a phobia.”

But there is hope, as Adam explains that you don’t need to have this fear if you don’t want it.

“Fears and phobias can be removed in just a few hours and since it’s spider breeding season I’m hosting two workshops to help people remove their fears. By the end of a short workshop, they’ll have the confidence to capture and release a spider and even hold a tarantula. The London course is on the 22nd of September with a course in the theme park Chessington World of Adventures the following Saturday.”

For more information on the course please visit: http://www.phobiaguru.com/spider-phobia-workshop.html
-ends-
For additional comment and for imagery to accompany this release please contact Jack at jack@kincomms.com, or you can call on 020 3958 7085
Notes to editors:
Adam was recently featured discussing Phobia’s in the Huffington Post and has provided comment for a number of national publications.

Adam Cox is a fully insured clinical hypnotherapist that qualified with the LCCH, is a member of the BSCH (British Society of Clinical Hypnotherapists) and listed on the GHR (General Hypnotherapist Register) http://www.hypnotherapy-directory.org.uk/hypnotherapists/ada.... Adam has worked with celebrities and CEO’s and is often featured in the UK media.
Visit Phobia Guru http://www.phobiaguru.com/ for more information.

Adam Cox recently helped arachnophobes conquer their fear at Chessington World of Adventures, with a 100% success rate. Celebrities including James Jordan from BBC One’s Strictly Come Dancing and Amber Davies, from ITV2’s Love Island, were able to overcome their fears during the four-hour session.
Filming from the most recent immersion workshop can be viewed here

For those looking to experience the immersion therapy technique for themselves, visit Phobia Guru http://www.phobiaguru.com/