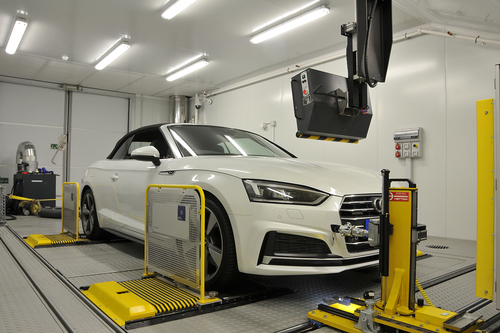 ● What Car? research shows the gap between official fuel economy figures and real-world figures is closer than ever
● The gap has closed significantly since new official test procedures were introduced late last year
● Official figures and What Car? True MPG returns were separated by less than 5%, or 2.6mpg, on average
● Cars including the Mazda MX-5, Nissan Qashqai, and Skoda Karoq among models found to achieve BETTER economy in real-world conditions than under WLTP
● To find the real-world economy of your next car, visit: https://www.whatcar.com/truempg/mpg-calculator


What Car?’s True MPG testing has revealed that new official fuel economy tests introduced late last year are providing more accurate results than ever before – with some cars even beating the official figures in the real world.

However, What Car?’s True MPG figures show that the average gap between the official claimed fuel economy and its own real-world figures remains close to 5%.

While that is far better than the 23.5% average shortfall for cars tested before the new regulations came into effect – with the worst result ever recorded being a 41% difference* – it highlights the fact that consumers should remain wary of taking official figures for granted.

In a 15-vehicle sample that ranged from small hatchbacks to SUVs, petrols to diesels and automatic to manual gearboxes, What Car? found the manufacturer quoted economy figures were, on average, 4.9%, or 2.6mpg, higher than its testers achieved.

However, in some instances, What Car? found its real-world fuel economy results actually bettered the figures quoted by manufacturers using the WLTP guidelines.

The Mazda MX-5 2.0 184, Nissan Qashqai Tekna 1.3 140 and Skoda Karoq 1.5 TSI 150 were all more economical under real-world tests conditions than under the official figures – with the Mazda MX-5 bettering its 40.9mpg figure by 10.3%. Other models, including the Audi Q3 35 TFSI and VW Polo TSI 95 matched their WLTP figures, but some such as the Volvo V60 D4 and Ford Fiesta EcoBoost 140, were still more than 20% down on their WLTP figures.

The Worldwide Harmonised Test Vehicle Procedure (WLTP) was introduced by the European Union in September 2017 to assess new vehicle emissions and fuel economy more accurately. The WLTP protocol replaced the NEDC type approval process that dated back to the 1970s and which was criticised for resulting in unrealistic economy claims**.

The WLTP test features a longer assessment of each car, higher vehicle speeds and a dynamic test cycle that’s more reflective of real-world driving. Since September 2018, the tougher WLTP test has been applied to all new cars on sale.

Steve Huntingford, editor of What Car?, said: “For years fuel economy figures recorded under the official test regime have been almost unachievable under real-world driving conditions, so it’s great to see that the new, tougher tests have closed the gap so significantly.

“However, while it’s heartening to see some cars actually beating their official figures, we mustn’t lose sight of the fact the gap between official figures and our real-world tests remains, on average, at almost 5%.

“We will keep testing until that gap is gone; until then, for the most accurate fuel economy comparisons, we recommend new car buyers use our What Car? True MPG fuel tool to see what their next vehicle is likely to achieve under genuine real-world driving conditions.”

What Car?’s True MPG real-world fuel economy figures show the efficiency drivers can really expect from their car. Tests are conducted in a laboratory to ensure repeatability within 1%, but are based on a real-world route that takes in town, rural and motorway driving.

The results reflect what's achievable for motorists driving gently and sticking to speed limits, but who aren’t resorting to any unrealistically slow acceleration or special 'hypermiling' techniques. As such, What Car?’s testers believe True MPG gives drivers the most realistic estimate of what their vehicle is likely to achieve on the road.