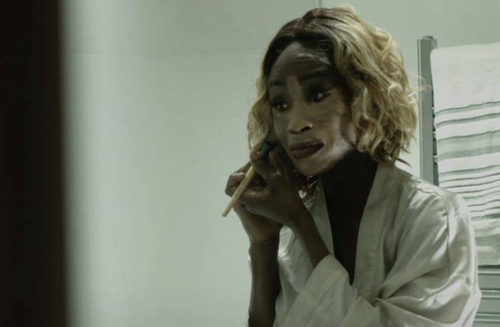 MX Player, the world’s largest local video player and one of India’s biggest OTT providers with over 175 million monthly active users and 70 million daily active users, has become the latest platform to secure streaming rights to the award-winning race drama 'No Shade' from BUFF Originals - the production arm of the British Urban Film Festival. Today's announcement follows the recent launch of Clare Anyiam-Osigwe's debut feature on Amazon Prime Video which has over 100 million subscribers worldwide.

MX Player is owned by Times Internet, the digital media management arm of The Times Group, India's largest media conglomerate. Users of the app in the SAARC territories of Afghanistan, Bangladesh, Bhutan, India, Maldives, Nepal, Pakistan and Sri Lanka will be able to watch the film offline with a number of streaming and download options also available. The non-exclusive deal was brokered by Idea Media Sales which handles international distribution for No Shade. US sales are handled by Artmattan Productions.

Anyiam-Osigwe wrote and directed No Shade as her feature directorial debut in 2018; She became only the 6th Black British female director to release a feature in UK cinemas. The race drama, which centres on the problematic issue of colourism, stars Adele Oni (Years and Years), Kadeem Pearse (Chewing Gum), Sharea Samuels, Clare Anyiam-Osigwe, Algie Salmon-Fattahian and Jade Asha (The Intent). The cast also includes Shone Romulus (Top Boy) and Judith Jacob (Eastenders). Oni plays the lead character, one of several Black British millenials in the storyline in pursuit of true love but who continually grapples with their self-identity.

No Shade is executive produced by Emmanuel Anyiam-Osigwe for BUFF Originals. Andrew Eluka and Jesse Quinones serve as co-producers and Shantelle Rochester serves as associate producer for Ida Rose. No Shade premiered at the British Urban Film Festival on June the 5th last year and was released in UK and U.S cinemas last November.


Contact the publicist who wrote this story at contactus@opcomms.com