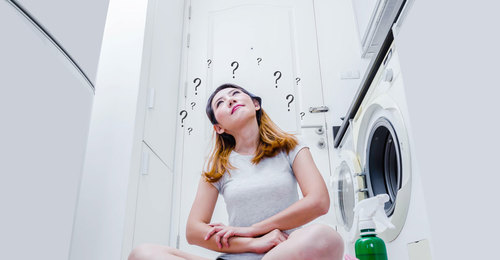 When you think about it washing machines are one of the most robust household appliances, aren’t they? They have to deal with all sorts of mess and get things looking nice and clean again. But even so, there are certain things you will never want to find in your washing machine after a cycle.

Research from Repair Aid helped us come up with this list of 8 unexpected or unwanted things people found in their washing machines. From pocket waste to some true mysteries let’s look at 10 things people never expected or ever wanted to see after a wash cycle.

Let’s start with one of the more common items, shall we? Leaving things in your pockets is a pretty common mistake and most washing machines won’t really be affected too badly. However, if there is one thing you want to avoid finding in your washing machine after a finished wash cycle it is pens.

Pens can easily break apart during a wash cycle and that means the ink can spread about. Seeing broken pens in the drum after a wash cycle is going to be the bad news so take care to ensure none accidentally get left in the washing machine.

Small insects getting into your washing machine is more common than you might think. In most cases, these insects will be relatively harmless but most people won’t want to move dead bugs off their clothes when they come out of the washing machine, will they?

Insects can also sometimes still be alive when the washing cycle is finished so if they are still moving about move them carefully back outdoors. One way to ensure insects aren’t still on your clothes when you put them in the washing machine is to give them a good shake before putting them in.

From insects to bigger animals while it is rare some animals have been known to end up in washing machines. Mice and rats might sometimes crawl into them and if you have small pets like a puppy or kitten then it might sit or even sleep in the washing machine when it's not in use. To avoid giving any animal a ride in a washing machine make sure to inspect it
properly before putting clothes in and keep the door closed when not in use.

No one wants to see food waste in the drum after a wash cycle as it can cause a lot of mess. I once left a chocolate bar in my jeans pocket and things didn’t end well. Food of all kinds has ended up going through the wash cycle including sweets, gum, chocolate, fruit and much more.
Sometimes the food might remain relatively intact but in most cases, it will break apart and create more mess during the wash cycle. Which means you will have to not just send the clothes through a wash again to get them clean but also have to clean out the washing machine as well.

Putting a banknote through the wash used to be the dreaded scenario everyone feared but now notes are much more robust and they can usually survive a wash cycle intact. Coins, however, are bad news when it comes to washing machines because they can sometimes cause damage to the machine.

A small stray coin will likely not do any damage but if you accidentally leave a few larger coins in your pocket it can damage the drum as it spins. You will also likely hear the coins jangling around once the washing machine is moving as well. So, avoid leaving coins in your pockets at all costs as it is better to be safe.

Keys are a problem for two reasons namely you can guarantee they will get put through the wash when you need them most. Picture this you need your car keys to get to work but then realise they are still in your pants pocket and those pants are going through the wash.

So, losing your keys is a big problem but when it comes to putting them through the washing machine there is a potentially more serious issue at hand. Much like coins keys can bang against the drum of the washing machine and can damage the internals of the machine. Keys can be quite sharp as well which means they could damage more delicate materials.

Credit and debit cards that are left behind during a wash cycle are a real problem because most people will cancel them right away when they can’t find them. So, once they do turn up after the wash cycle as finished you won’t be able to use them.

If you don’t cancel your cards then there is also a chance they might be damaged during the cycle and not work. This is rare but it can happen especially if you have a washer-dryer hybrid and put the clothes through a drying cycle as well as a wash. If your cards are damaged already then they can break apart and damage the clothes as well.

Let’s finish our list with what most people will consider the worst thing to find in your washing machine, shall we? A mobile or smartphone that goes through a wash cycle will likely not come out in a great condition. If you’re lucky it might dry out and you will be able to use it again after some time but in most cases, it will likely not work.
Seeing a potentially very expensive piece of technology get ruined over a simple mistake is going to make anyone wary of using their washing machine again. Yes, it might not do much damage to the clothes but it can cost you a lot of money to replace.

What Should You Do If You Suspect Something Is Stuck in Your Washing Machine?

In most cases, your washing machine should be okay if you leave something in your pockets however in some cases a foreign object stuck in your washing machine can cause a lot of damage. The first thing to do is to ensure you inspect the drum carefully and check any clothes before you put them in the machine.

If you hear a clunking or banging sound during the wash cycle stop the machine quickly, most modern washing machines should have an emergency stop button. Once it is stopped unload the wet washing and then inspect the clothing and drum carefully.

Please consider giving a link to https://www.repairaid.co.uk/ when using this research.
Thank you.