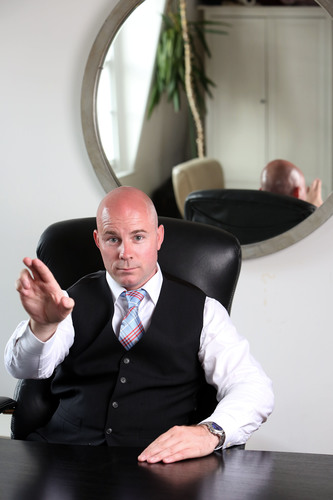 I know more than most that we can all be susceptible to anxiety and phobias no matter the level of fame”.

Eyebrows were raised after Hollywood actor Adam Driver walked out a recent interview due to being played a clip of him singing. The clip, from Driver’s latest movie Marriage Story, prompted the actor to leave the New York studio where the interview was taking place.

For most, playing a clip of their performance wouldn’t be a cause for concern, but Driver has long since been known to have a phobia of looking back at his own performances. According to Harley Street phobia expert Adam Cox, such unusual phobias can feel even more debilitating:

“While phobias of spiders and mice are accepted as legitimate fears other more unusual fears are often perceived to be attention seeking or diva behaviour. If Adam Driver walked out of an interview due to a snake being present, then it wouldn’t have been so widely reported”.

Danny Miller, executive producer for Fresh Air (the show for which Driver was being interviewed), has since said that his team knew Driver had this particular phobia. In preparation they had invited the actor to remove his headphones during the clip, but by this point Driver had already left the building.

Such a course of action may seem extreme, but Adam believes Driver’s flight response is typical of how people react to being exposed to their phobias:

“While many people don’t like to hear or see recordings of themselves there is a difference between not liking something and a phobia. Many people don’t like spiders but those that have a phobia will have an extreme reaction to even seeing pictures of them. Adam Driver’s response looks like it was triggering a form of intense anxiety since his desire to remove himself from the recording. Adam Driver has talked about obsessively wanting to change what he sees or hears of his own performances and it’s likely that anxiety is what is driving the compulsion”.

There is a definite argument to suggest that more common and understood phobias would be treated more sensitively, and that this is the burden people such as Driver have to live with. This is typified by executive producer Miller saying in a subsequent email that “We don’t really understand why he left”.

Driver’s response has received public support, with many highlighting the indiscriminate nature of phobias. The famous are just as susceptible as everyone else. Adam agrees with this view:

“People often incorrectly assume that celebrities are different from the rest of us. When you have a phobia, you are not in control of the response many of which are unconscious responses such as elevated heart rate, shaking, faster breathing and feelings of nausea. I’ve helped a reality TV star get over a fear of singing in public and a championship cage fighter get over a fear of balloons. I know more than most that we can all be susceptible to anxiety and phobias no matter the level of fame”.

Ultimately, every phobia can be devastating, no matter how seemingly strange the source.

Adam has worked with celebrities and CEO’s and recently helped Love Island’s Zara McDermott overcome a fear of singing in public to appear on Celebrity X-Factor. He is often featured in the UK media and is the first result on Google when you search for “Phobia Expert”.
Visit the Phobia Guru website for more information.