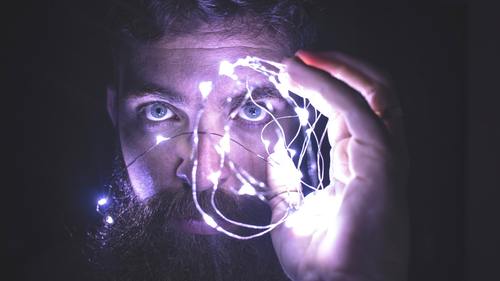 29% of adults are classified as obese with 10,660 hospital admissions directly linked to obesity.


A Harley Street weight loss specialist has today (30th of December 2019) launched a 12 month treatment designed to ‘rewire’ the brains of those that consistently fail to lose weight. NHS figures show that 29% of UK adults are classified as obese (an increase from 26% in 2016) with over 10,000 hospital visits directly related to obesity.

With such a high percentage of the UK being overweight or obese it would be predicted that many people would choose to make a resolution to lose weight in 2020.

However, figures from YouGov published last year reveal that only 22% of the UK will be making New Year’s Resolutions with almost two thirds (62%) adamant that they will not be making any resolutions. This is likely to be due to the high failure rates associated with New Year’s resolutions with most either failed or given up on in just a few weeks.

Harley Street Weight Loss Expert Adam Cox explains why resolutions often fail: “Many people set resolutions at the beginning of the year with positive intentions but that positive disciplined state won’t last forever. When the inevitable challenges and temptations of life turn up they are often in a different state than the one they were in when they made the resolution. This means that they succumb to behaviour which is often directly contradictory to the resolution they were trying to make. Rather than be perceived as a minor set back, this is often evaluated as failure which gives the individual permission to go back to their previous behaviour without the need for struggle or inner conflict”.

Cox has been working as a weight loss specialist in London’s Harley Street for several years and helped hundreds of people to lose weight, most of whom had tried everything else. Adam’s approach to weight loss is not to change diets or exercise but to change how his client’s think. Adam explains why its mind over platter when it comes to weight loss.

“Everyone already knows that if you eat more vegetables, eat less processed food and exercise more then you’ll lose weight, but people that are overweight don’t do what they should do they do what they want to do. It’s similar to those that smoke - they know that smoking is bad for their health but if they continue to smoke then additional graphic images of lung cancer won’t change their behaviour, it just creates even more cognitive dissonance - entrenching them in their unhealthy behaviour”.

Given the severe health risks to those that have ‘given up’ trying to lose weight. Adam has created a year long treatment for those willing to try one last thing to help them finally lose weight. The new treatment is called Total Rewire - Hypnotic Body Transformation, a method that step by step changes the beliefs, thoughts, behaviours and emotions that prevent people from losing weight and keeping it off. By the end of the 12 months a new identity is created that will mean that not only have they lost the weight back to a healthy level but they are programmed to think and behave differently around food so that they never go back to being overweight.

Cox explains the system: “I normally work with clients over five or ten sessions and regularly see clients losing anything from a stone or two to over five stone - as a direct result of changing the way they think about food and exercise. The year long treatment, which I’ve called Total Rewire as a metaphor for the scale of change, will take place over 52 sessions of working with me in Harley Street. The brain's neural pathways works in a similar way to electrical or computer wiring. If you change the dominant neural pathways then you’ve effectively rewired the brain. I often deal with sugar addiction or emotional eating in a single session, so the level of change over a year with be genuinely transformational”.

The price of the yearly treatment is £16,000 but has been reduced to £9,947 for the maximum of five clients Adam is willing to work with in 2020. The reduction in price is on the condition of providing a case study at the end of treatment to reassure future candidates. While the price of almost £10,000 may scare off some client’s it comes with a full money back refund if the agreed results are not achieved and is only slightly higher than the cost of bariatric surgery such as gastric bypass or gastric sleeve surgery.

Cox explains why focussing on the mind is a better investment than surgery: “There are widely reported health risks associated with surgery and even if surgery is effective it is effectively treating the symptoms rather than dealing with the cause. Total Rewire works on the basis that our thoughts, beliefs and emotions influence are diet and physical activity - therefore if you rewire the way an individual thinks then their body will transform as a direct consequence”.

To be considered for the Total Rewire treatment clients must first go through a 30 minute phone consultation to see if they are suitable.

Notes to Editors:
Adam Cox is a fully insured clinical hypnotherapist who qualified with the LCCH, is a member of the BSCH (British Society of Clinical Hypnotherapists) and listed on the GHR (General Hypnotherapist Register) Directory Link.

Adam has worked with celebrities and CEO’s and recently helped Love Island’s Zara McDermott overcome a fear of singing in public to appear on Celebrity X-Factor. He is often featured in the UK media.