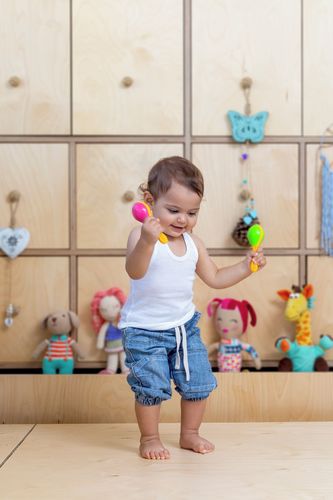 After the news last week from the Duchess of Cambridge that Prince Louis goes to a singing and dancing group, come along and see how its done!

Toddler tribute band - BabbA will be at London toy fair making their debut on the Halilit stand E90.
Halilit, based in Accrington, Lancashire make and supply most of the pre-school music groups in the UK, including the one visited by the Duchess last week.

Rattling their maraccas and shaking their stuff will be four tots along with their Mamma Mia's!
Appearances are at 10.30 am and 11.30 a.m. on Tuesday 21st January ONLY!
Don't miss it!