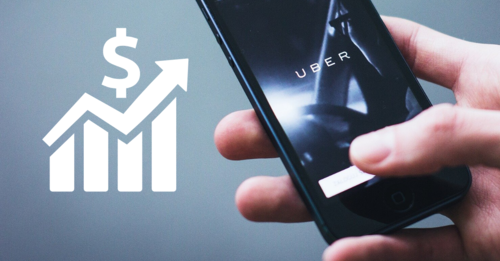 Uber are trying to establish under a new category to exonerate themselves of any responsibility for their employees, according to new research by Rotterdam School of Management, Erasmus University (RSM).
The study, conducted by Professor Magdalena Cholakova and Professor Joep Cornelissen, shows that the category, ‘independent workers’, would mean that Uber does not have responsibility to provide social security, protection and reasonable pay to their employees.

Uber’s justification for this category is due to the immeasurability of work hours, they argue that workers can have multiple apps running simultaneously making it hard to attribute hours to a single employer.
However, the research shows that Uber actively controls its drivers, even during ‘idle’ time, as they are expected to accept a ride within 15 seconds without knowing exact location or fee, or face a risk of being fired.

“We consider the reasoning in support of a new category of ‘independent worker’ logically flawed and dishonest and expect a negative effect on society. The new proposed category undermines the post-war established ideal of an employment relationship with support and protections being provided to workers.

“In fact, we believe that if this new category becomes institutionalised in jurisdictions around the world, it will not only directly harm individual workers, but instigate across the labour market a new precariat class of workers who have no job security, poor pay, and whose material and psychological welfare is seriously compromised.”

The researchers propose that more attention and scrutiny should be paid to gig companies as many are also using the ‘independent worker’ label to reap the same kind of crass economic benefit.

According to Professor Joep Cornelissen
“These broader developments in the economy should be more than enough encouragement for everyone, including policy makers, legislators and researchers, to become involved in defining the appropriate organisational and employment categories for Uber and other sharing economy companies. We feel that is needed to ensure that profits do not go to Uber over and beyond everything else”.

The study The gig economy and the morality of category work was published in Strategic Organization.