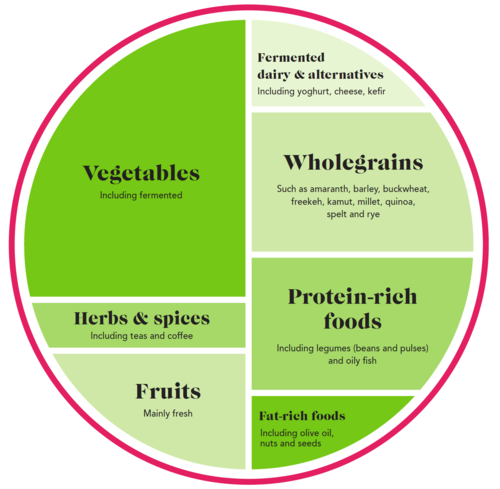 World IBD Day is taking place on Tuesday 19th May and Poo-Pourri have teamed up with gut health expert Dr Megan Rossi on an in-depth educational Q&A regarding IBD. IBD effects approximately 300,000 people in the UK and over 5 million people around the world (source).

Whilst being known for their tongue’n’cheek messaging, campaigns and product names, Poo-Pourri takes IBD very seriously and actively supports Crohn’s & Colitis education and relief in the US and wants to banish the fear or stigma a person who suffers from it may feel.

Dr Megan Rossi has provided a series of quotes and comment within her Q&A answering questions on IBD, common myths and the link to mental health.

1. What is IBD? What does it stand for and who does it affect?

IBD stands for Inflammatory Bowel Disease and is considered a lifelong, relapsing disease (going from active to remission and back again) where inflammation and sores (ulcers) in the gut trigger pain, loss of appetite, diarrhoea and fatigue.
IBD can present at any age, but typically between the ages of 15 and 40. Around a quarter are diagnosed before they reach their twenties, and it affects as many as one in every 200 people in some countries. It’s more common in Western parts of the world, although numbers in Africa, Asia, the Middle East and South America aren’t far behind, as changes in the environment from industrialisation are thought to trigger the disease in genetically susceptible people.
There are two main forms of IBD: Crohn’s disease and ulcerative colitis (UC). Crohn’s can occur anywhere along the digestive tract and affects its full thickness, whereas UC is localized to the large intestine and rectum, affecting just the lining of the intestine.

2. Is IBD the same or different to IBS?

IBD is very different to irritable bowel syndrome (IBS), although some of the symptoms can overlap and some people with IBD can also have IBS.

3. What are the most common signs and symptoms to IBD and how is it diagnosed?

The main symptoms of IBD include:
● severe tummy pain and cramping
● diarrhoea and urgency (sometimes including blood, particularly with UC)
● unintentional weight loss, from both a loss of appetite and malabsorption of food
● feeling really tired and fatigued

If your GP suspects IBD, they will do blood and stool tests to look for signs of inflammation, as well as deficiencies that commonly occur, such as low iron. These tests can’t diagnose IBD on their own, but help your GP decide whether to refer you to a gut specialist (gastroenterologist). To diagnose IBD, a gastroenterologist will typically take a look at the intestine via an endoscopy (camera test). There may also be other tests and scans to look at where the disease is and its severity, including an ultrasound and a MRI.

4. What are the best physical practices to help with IBD?

For those with ‘active’ disease, when the gut becomes inflamed, it’s always best to work with a gastroenterologist and registered dietitian to get the inflammation under control. This is most often achieved through medical management, although for those with Crohn’s disease there is good evidence for a specific diet therapy known as exclusive enteral nutrition (liquid formula only diet). Although there are still many unanswered questions, when the disease has stabilized and the inflammation has lowered (known as remission), focusing on a healthy diet and lifestyle may help delay or even prevent disease flare-ups.

5. How can stress and emotionally challenging moments such as the times we are in now affect IBD? And what can you do to help alleviate that?

Managing stress levels can play an important role in helping those with IBD. The evidence so far (albeit it in small studies) demonstrates the role of the gut-brain axis in inflammatory diseases like IBD. This is because our gut and our brain are in constant, two-way communication, so when we’re stressed (because our brain is telling us we are), this can impact our gut too.
Mindfulness and gut-targeted hypnotherapy have both been shown to benefit disease activity and I recommend practising mindfulness, such as with a meditation app, even for just 15 minutes a day to rewire the gut-brain axis.

6. What advice would you give to someone in lockdown with IBD?

It’s only natural to feel a little stressed and anxious at the moment, but there are a few things you can to do help (if you’re in remission):
● Keep in touch. Make the most of the downtime and stay connected and with friends and family via video calls to avoid feeling isolated.
● Stay calm and don’t panic. Try practising mindfulness for 15 minutes a day to manage stress.
● Enjoy your daily exercise. Whether it’s power walking, gut-directed yoga or just dancing in your kitchen
● Eat nutritious, balanced meals. Try to keep eating a variety of foods across all plant-based food groups, with plenty of fibre and polyphenols, as well as staying hydrated.
● Pick up some Poo-Pourri. Staying home with the family or housemates might make you feel uneasy and create poop anxiety, so popping some Poo-Pourri in your loo can be a game-changer.
● Hit snooze. Aim for 7-9 hours sleep every night.
● Limit screen time. Try to avoid constantly watching the news or going on social media, and take regular breaks.
● Speak to your GP. Crohn’s and Colitis UK recommend that if you have any appointments in the pipeline and your IBD is under control, see if you can postpone or ask to change to a virtual appointment.
The risk of serious complications if someone with IBD does get coronavirus depends on what medicine you are currently taking and your current health. If you have IBD and are unsure about your risk in terms of whether you should be shielding (not leaving your home) or just social distancing , check out this decision tree from Crohn’s & Colitis UK or the IBD Registry tool to assess your risk.

7. What is your most common question you are asked about IBD?

8. What are the top myths you would like to bust about IBD?

● Myth: You need to stop eating gluten if you have IBD
○ Fact: While some people with IBD say going gluten-free may ease their symptoms, the current evidence is not convincing either way and cutting out gluten cannot cure IBD. This relief may be because of undiagnosed coeliac disease or sensitivity to gluten.
● Myth: If you can push through the pain without medication, that is best
○ Fact: It is best to nip the inflammation (relapsed disease) with medication or exclusive enteral nutrition as soon as you get symptoms. The longer you leave the inflammation the more long term damage can be done to your gut.

9. What advice would you give to someone without IBD to help understand and support someone with it?

It can be difficult for those with IBD to talk to their friends and family about how they’re getting on, but this support can make a big difference. Take some time to read up about IBD using resources, such as from Crohn’s & Colitis UK, however remember everyone can be affected differently. Be there to listen to them and let them know they don’t need to be embarrassed with you, but be patient in case they’re not comfortable opening up straight away. At times, symptoms can be quite unpredictable, so be flexible with plans (including video calls while we’re staying home!) and try to be understanding if they need to change at short notice. You may even be able to help them by picking up their medication.

10. Are you able to workout and exercise with IBD? Are there any exercises or yoga that can help?

Exercise is often overlooked in the management of disease, but IBD guidelines recommend 30 minutes of endurance (e.g. cycling) and resistance (weight-bearing exercise) three times a week. If you’re finding this isn’t possible due to fatigue or other symptoms, it’s worth asking your healthcare team for some support. In my practice at The Gut Health Clinic, I’ve seen the powerful role exercise can play in preventing the downward spiral of fatigue in IBD. Even if you just start with a 10 minute walk each morning, or a set of 10 lunges, squats and elbow dips while watching TV, it can make a difference.

Over 70% of people with IBD report that diet affects their disease, so It’s clear that diet is important. However, identifying specific triggers is a challenge, as the links between IBD and traditional culprits in the Western diet (such as animal fat, salt and refined carbohydrates) aren’t that simple. Instead, it’s been suggested that it could be the processing of food that triggers inflammation in those susceptible (this is something my research team at King’s College London is currently investigating in a world-first trial).
The evidence for treating with diet alone is limited (outside of exclusive enteral nutrition for Crohn’s Disease) and therefore it’s important to focus on diet alongside following your doctor’s advice on medical management.
During a flare-up, protein requirements tend to be higher and, as the intestine can narrow in some people, your healthcare team may advise a low-fibre diet until the inflammation is under control. Some people may also experience short-term lactose intolerance too, so going for low-lactose dairy may be a good idea. Despite the misleading claims out there about cutting out various foods, it’s worth being cautious, as there are often unintended consequences of following a restrictive diet.
During remission (i.e. when the disease isn’t active with fewer or no symptoms), there are a number of things people with IBD can do that are linked with better outcomes (based on observational data, at least), in line with my Gut Health On A Plate [diagram below]:

● Eat mostly plant-based foods, with plenty of dietary fibre and polyphenols (beneficial plant chemicals)
● Include something from each food group: fruits, vegetables, wholegrains, meat and alternatives, dairy and alternatives, and healthy fats such as extra virgin olive oil
● Limit processed foods, cooking from scratch where you can.


Credit: Gut Health on a Plate. Taken from Eat Yourself Healthy, by Dr Megan Rossi

In terms of IBD prevention, following a Mediterranean diet, including fresh fruits, vegetables, wholegrains, legumes, fish and extra virgin olive oil has been associated with a reduced risk.

12. What self-care advice would you give to someone with IBD?

I know it doesn’t always feel easy to talk about, but there’s no need to be embarrassed and you don’t need to suffer in silence. There are lots of treatments available that can help those with IBD to continue living life to the fullest.
The best advice would be to listen to your healthcare team when it comes to diet and lifestyle strategies, and listen to your body so you can spot signs of a flare-up and let yourself rest.

13. What are the best tips you would give to look after your gut health?

● Eat as much variety of plant-based foods as you can, aiming for 30 different types every week including fruit, vegetables, wholegrains, legumes, nuts and seeds. Diversity is key to good gut health.
● Move your body. Exercise is good for our gut microbes too, helping to regulate your pooping habits and increase the diversity of your gut microbes (which is linked to better health outcomes).
● Boost your sleep quality. Try setting a regular bedtime routine with relaxation exercises, limiting caffeine after 3pm and scheduling ‘worry time’ during your day to write down your thoughts and free up your head space before bed.
● De-stress with mindfulness. Just 15 minutes a day of meditation (or using a mindfulness app) has been shown to make a significant difference after 8 weeks.

*This is general information and does not replace the advice of your doctor or other healthcare professional. Always speak to your doctor before making any changes.*