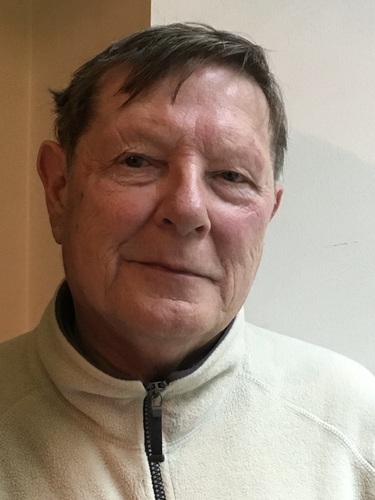 The Life Changes Trust is today publishing a landmark book, ‘Loud and Clear’, telling the story of twenty years of involvement, voice and activism by people living with dementia in Scotland.

It’s the first book of its kind, charting the history and telling the story of how people with dementia in Scotland confronted the status quo. The story is told largely through their eyes and reflects their successes and struggles to achieve ground-breaking change.

For many years, people with dementia were largely undiagnosed, unseen, unvalued, ignored and their voices were unheard. Over the last twenty years, this has started to shift, thanks to a group of people in Scotland living with dementia, speaking up and becoming activists themselves. After decades of silencing and discrimination, people with dementia have been joining forces, taking action and campaigning for social change. Their work has changed policy in Scotland and influenced others across the world.

This book tells their story.

One of Scotland’s first activists - also known as the father figure of activists - is James McKillop. James has had a diagnosis of dementia for two decades.
James remembers being turned away from a dementia conference in 2000 - because he had dementia.

He describes why he got involved in having the voice of people with dementia heard: “In the early days, there was nothing for people with dementia, nobody would speak to me or listen. At the beginning, if you had dementia, people wouldn’t ask you the time off your watch. They just regarded you as completely incapable of anything. People made assumptions - they never asked us anything, so it’s important we are now allowed to speak and this is happening now. People with dementia are being able to voice their opinions and concerns.”

Pioneering activists from Scotland travelled from Australia to Japan, changing how dementia was perceived and inspiring people to speak out and advocate for themselves. These countries attribute much of their awareness of the importance of involvement to Scotland’s movement.

Colm Cunningham, Director of the Dementia Centre in New South Wales, Australia, said “I’m in Australia and I’ve seen the impact and influence of the activism from Scotland across many countries. The world has changed through their work.”

Philly Hare, author of ‘Loud & Clear’ said, “I feel very privileged to have researched and written this book on behalf of Life Changes Trust. It has been wonderful to meet or re-meet so many remarkable people and to tell their story. Scotland has a lot to be proud of – and has built a strong foundation on which so much more can be done in the future. So this is by no means the end… but an important pause for celebration and reflection.”

Arlene Crockett, Director of Evidence and Influencing for Dementia at the Life Changes Trust said, “It is clear from this book that the impact of dementia activism in Scotland on both policy and practice has been significant. The courage and energy of the activists themselves has also inspired many individuals – and in some cases, has influenced their working practices and life courses. Everything that has been achieved by these remarkable activists contribute to Scotland’s reputation for being, in many ways, at the cutting edge of how we support and empower people living with dementia.”

James McKillop said of ‘Loud and Clear’, “It’s important a record is made before we are gone. I’m looking forward to reading it. I hope it makes me feel glorious!”

The Life Changes Trust was set up with a National Lottery Community Fund endowment of £50 million to improve the lives of people affected by dementia and young people with care experience.

For further information and for press enquiries contact:
Deborah Cowan, Director of Communications and PR: 07710 542535
Deborah.cowan@lifechangestrust.org.uk

About the author:
Philly Hare is a Director of Innovations in Dementia. She was previously a Programme Manager at Joseph Rowntree Foundation, overseeing their major programme Dementia without Walls. She is also an Exchange Fellow at the University of Edinburgh. Philly’s particular interests are the empowerment and inclusion of people with dementia, and the application of research evidence to practice.