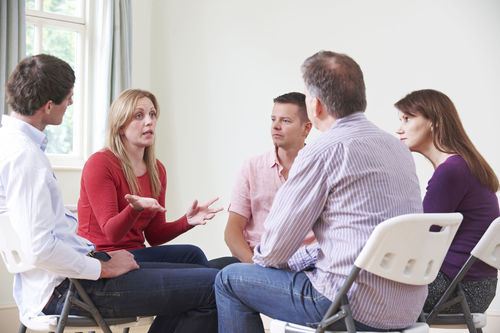 WightFibre announce the launch of their Connected Communities Programme. A programme aimed at supporting the important work of local, small to medium sized not-for-profit and community focused groups and charities across the Island - bringing a different kind of broadband to them and the communities they serve.

Through the Connected Communities Programme WightFibre will fully or part fund the installation, rental and ongoing costs associated with bringing WightFibre’s full-fibre, ultrafast, future-proof broadband into community hub locations and charitable organisations offices on the Island.

The programme is led by Daniel Taylor, Digital Inclusion Officer at WightFibre, also known as ‘Digi-Dan’, who for almost five years prior to joining WightFibre was a well-known face at Age UK Isle of Wight (AUKIW). Who comments: “I am really excited by the launch of this programme, which will work to support many Island charities and community groups as we expand our full-fibre network. Having worked at Age UKIW running a Lottery funded Digital Inclusion project I have not only seen first-hand the difference technology can make to people’s lives, but also the challenges faced by groups working across our community.”

To be eligible to apply, organisations must meet a simple set of criteria, which includes: having a permanent base on the Island located within WightFibre’s rapidly expanding network and an ability to demonstrate a focus on improving the lives of people living on the Island. Full details of the programme and how to apply can be found at: www.wightfibre.com/connected-communities-programme/ with all applications considered on individual merits.

Within the programme, Dan will also provide free face-to-face support and tailored training for volunteers, helping organisations to become digitally skilled to better serve those they work hard to support across their communities.

John Irvine, CEO of WightFibre adds: “Working with and supporting the Island’s communities has always been a key part of our ‘because we care’ ethos, something which is at the heart of the company’s identity and now even more important during the COIVID-19 pandemic. Connected Communities is also one more step on the way to making the Island one of the best connected places in the world for everyone who lives here.”

As a business WightFibre has a proud history of supporting charities and good causes, from Musical Theatre Workshops, Youth Football and Isle of Wight Day to the IW Radio Toy Appeal, Star Wars Charity events, the Foodbank and more.

The WightFibre Gigabit Island Project will see full-fibre deployed to around 70,000 homes and business across the Island by 2022. The scale of this significant civil engineering project is reflected in figures that show how 500 Kilometres of trenches will be dug, containing 5 million meters of duct and 750 million meters of fibre-optic cable as this full-fibre, future proof broadband network continues to roll out across the Island, including areas not previously served by WightFibre. Since 2001, WightFibre has owned and operated its’ own telecommunications infrastructure entirely independently of BT. WightFibre provides phone, tv and broadband services to homes and businesses on the Isle of Wight. www.wightfibre.com

Those interested in receiving the new gigabit broadband services can apply on www.wightfibre.com