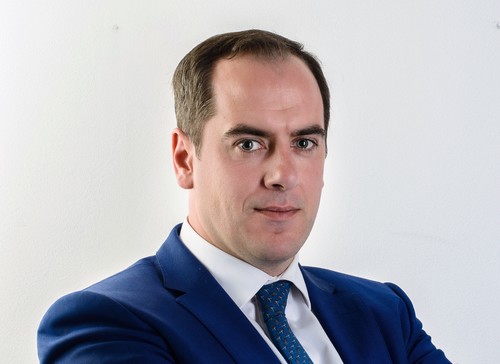 Jamie Box comes to SentryBay with wide experience in enterprise technology software, and a proven track record in helping to build sales teams that meet and surpass goals. He was previously at Exclaimer, where he was Head of Global Sales and managed leadership of the global sales and pre-sales team. He also held the same senior role at Noble CSS, an early-stage cyber-security start-up, where he was tasked with designing the sales engine during the company’s initial go-to-market phase. Previously Jamie spent seven years as Director of Sales for the DACH region, UK and Ireland at Metalogix Software, after which he became Vice President of Worldwide sales at VIPRE Security - where he revamped and expanded the sales team and had a key role in the acquisition of VIPRE by J2 Software in early 2018.

Marcus Whittington, Chief Operations Officer at SentryBay, said: “Jamie has a great track record as a sales leader, both building up and running direct sales teams globally, and managing channel sales. He has field experience in both Europe and the USA, where he was based for many years, and is accustomed to selling and marketing to some of the biggest blue-chip companies in the world. He will be a great asset in helping us to drive the business forward.”

Also joining the SentryBay team is Ivan Blesa who takes on the role of Chief Product Officer. He brings a wealth of expertise in both product management and cyber security. For the past four years, he has been at Noble CSS, where he was most recently Director of Product and responsible for the product strategy, growing the product and managing the direction of the roadmap. Prior to this he was Head of Technology at Secgate, where, as well as working for Noble in the creation of their cyber security product, he also collaborated on several Secgate initiatives and projects in the health and insurance sector. For seven years Ivan Blesa worked at Clearswift, where he progressed from international Pre-sales Engineer to Global Product Manager for its web security line of products.

Dave Waterson, CEO at SentryBay, said: “Ivan is fulfilling a key role for SentryBay leading our entire technical department and acting as a bridge to the sales and pre-sales team. As well as being Head of Product at Noble, Ivan was also Managing Director, and brings to us his wide experience across the management spectrum. We are excited to have both Ivan and Jamie on board for the next stage in SentryBay’s global growth.”


About SentryBay
SentryBay is a pioneer in technology that approaches data security issues from a different – and more proactive – perspective. Endpoint data protection is essential to provide a secure, cloud-based IT ecosystem that avoids the weaknesses inherent in both technology and users. The company’s product is used by some of the world’s largest enterprises – from global banks and a central bank to small, medium and large enterprises.
Further information
Zaboura Consultancy,
sentrybay@zaboura.com
02035880804