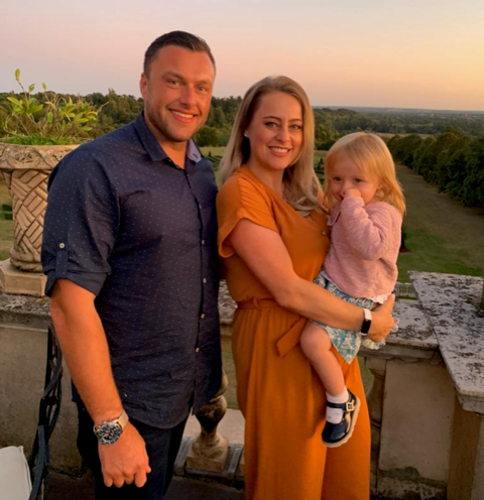 A dad fed up of wasted trips to A&E and long waits for doctors to see his young daughter has launched a new online GP service.

Andrew Bretherton launched Quick Doctors (https://quickdoctors.co.uk/) as an option for families who need immediate medical reassurance. He also wanted to offer an alternative service for those who didn’t want to add to their GP’s workload during the Covid crisis.

It followed reports that people were sometimes putting off seeing a doctor to avoid bothering them, potentially delaying diagnosis and treatment for serious conditions.

“We are not trying to replace the GP service, but we wanted to offer an alternative option to help ease the pressure on the NHS and give people reassurance when they needed it,” he said.

Andrew, 39, of Leamington Spa, said the real driver to launch Quick Doctors came when he had a number of trips to A&E with his three-year-old daughter Lola.

On the first two occasions she was told she simply needed over-the-counter medication, but on the third visit she was rushed into intensive care as her oxygen levels were so low.

“When a young child is sick you need reassurance as quickly as possible,” he said.

“We had a couple of trips to A&E where we were told she just needed to take come Calpol. That could have been dealt with quickly and easily over the phone.

“But one time we went and she was rushed into intensive care. If we had put that off and slept on it, which we could have done after the first two visits, it might have been a different story.

“It turned out she had a chest infection and her oxygen levels had dipped. She was close to contracting pneumonia. They kept her in for checks, but luckily, we caught it in time and she recovered quite quickly. It was such a worrying time.”

Andrew said another time, he, wife Kelly, 39 and Lola were away for a weekend when she fell ill again, screaming and crying in pain.
“We were so worried about her, we called 111,” he said. “A doctor came out around five hours later at around 4.30am. That turned out to be colic, but again we had a stressful night of no sleep worrying and panicking.
That could have been diagnosed over a video call straight away.”

He decided to split that off as a stand-alone service,
particularly when he heard news that people were avoiding contacting GPs during the Covid crisis to avoid adding pressure.

A recent Cancer Research and Cardiff University study suggested almost half of people who had potential cancer symptoms in the first wave of the pandemic did not contact their GP. People gave a variety of reasons for putting off seeking medical help, including not wanted to burden the NHS.

Andrew said: “I was shocked when I heard this. It is vital for these conditions to be spotted and treated early.

“People just think GPs have enough on their plates at the moment and they don’t want to add to their workload. Plus Covid has made everything so difficult. If you have kids you can’t just put them in the car and drive to an appointment and you can’t get babysitters.
“We wanted to offer something that would help people straight away, offering a same day appointment, just to take away that panic and worry and make life a little easier. We wanted to offer a little peace of mind.”
Quick Doctors has access to a pool of trained GPs, often NHS staff working overtime or private doctors.

The doctors can deal with referrals, repeat prescriptions and offer advice. They should not be used in an emergency.
The service costs £9.99 a month for a personal plan and £14.99 for a family plan, but there is no contract and can be cancelled at any time.
Find out more at https://quickdoctors.co.uk/
ENDS

For more information about the Cancer Research study, visit:
https://www.cancerresearchuk.org/about-us/cancer-news/news-r...