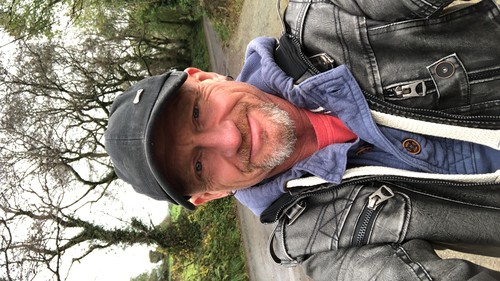 A veteran mentor diagnosed as autistic at the age of 54 who says it makes him a better businessman is publishing his new book.

As National Autism Month gets under way, Jon McCulloch is sharing his expertise to help men and women in construction and the trades supercharge their businesses and profits.


Jon, now 56, also widely known as the Evil Bald Genius, (https://evilbaldgenius.com/) is the author of Get Off the Tools – The Smart Tradesman’s Business Bible, published in World

Described as a blueprint to help change the way you think about your business, the book focuses on Jon’s renowned Trades Accelerator Model™.

Jon, who blogs about autism at Unapologetically Autistic (https://unapologeticallyautistic.com/) has made his work available in print and online.

In it, he rails against “snowflakes” and offers a straightforward plan to financial success – for different types of self-employed tradesmen he dubs wallowers, followers, fighters, and flyers.

He says:” This is where the magic happens. You get the benefit of my more than two decades in the business of helping other business owners grow rock-solid, profitable businesses.”

Leicester-born Jon is launching Get Off the Tools in World Autism Month, partly in a bid to raise awareness of the benefits of being autistic in business.

He said: “I was self-diagnosing as autistic for 2 or 3 years. I paid for a private assessment in 2019 which confirmed my suspicions. It has been a rollercoaster for me but it has also helped me clearly plan and execute a very successful business.

“Now I have established myself as an expert in helping trades businesses reach serious profit goals.”
Dad-of-3 Jon who now lives in Cork, added: “One of the effects of my autism is that I have no, what’s known as “affective” empathy. Far from being a hindrance in running a business, I have found this an advantage – I just tell people how it is. You're born autistic, and you die autistic. And what happens between those two bookends of mystery is mostly up to you.

“If you’re lacking in affective empathy, in particular, the mainstream view is there’s something wrong with you. This isn’t true.

“I’ve a proven record of fixing broken businesses. My book may seem harsh and uncomfortable at times. My clients and readers can take in what I say and learn or they can waste time doing stuff that’s never going to get them where they want to be. I focus on personal responsibility, resilience, resourcefulness, and how to get the best clients paying the best prices.

“Growing and scaling your business is hard but it’s not complicated and doesn’t require you put in 20-hour days to pay off a mortgage on your soul.

“A few simple changes can give you dramatic improvements in your cashflow, quality of clients, and slash the time you waste on unproductive and unprofitable activities. Anyone can get them set up and working within a week.”

Get off the Tools is available in Kindle edition, and will be published in print in Q2 of 2021. Contact Jon by email at media@evilbaldgenius.com, or find about more about him and his work through evilbaldgenius.com
ENDS

Jon says: I'm Jon McCulloch, the one and only Evil Bald Genius, veteran copywriter on both sides of the Pond, author of the acclaimed Grow Your Business FAST, outrageously outspoken small-business advocate, mentor, and occasional coach and public speaker. I’ve shared the stage and co-hosted events with the likes of Dan Kennedy and Michael Gerber and hosted more than a few events.

My high-end Elite mentoring group has been running for since 2013 and has attracted members from all over the world.

John says that ‘Bald’ is obvious, ‘Genius’ is a compliment and ‘Evil’ is inspired by his sense of humour.