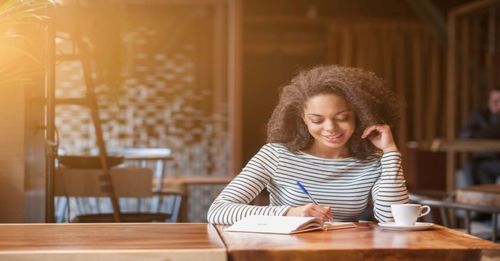 only 28 per cent of employees described themselves as more engaged now, with 37 per cent saying they were less engaged

Employee engagement in the UK and has suffered a marked decline over the past year, according to new research* carried out by Achievers into the state of wellbeing in the ‘new normal’.

Worryingly, a majority of employees are no more engaged than they were a year ago, and many are less so. Employers will be concerned that only 28 per cent of employees described themselves as more engaged now, with 37 per cent saying they were less engaged and 33 per cent reporting no change.

The findings are even more worrying when compared to engagement levels elsewhere in Europe. Among employees in Germany, 35 per cent claimed to be more committed after a year of pandemic and lockdowns, compared to at the same time the year before, but the number stating they were less committed was only 23 per cent. There were a similar number (24 per cent) of less engaged employees in the Netherlands, but even more engaged employees (39 per cent).

The good news is that UK workers support how their organisations have handled unprecedented events of the last twelve months. In fact, 83 per cent of employees think their company handled the last year well or very well. Employers will be encouraged by these findings, particularly when they learn that they are ahead of Germany, where the equivalent figure was 80 per cent. However, the UK result was some way behind that of the Netherlands, where 91 per cent of employees approved of their company’s response to the events of 2020.

Another welcome finding for managers is that 62 per cent of employees believe their organisation cares about their mental health. Although a good way behind the figure in the Netherlands (78 per cent), the UK result is significantly ahead of the underwhelming 47 per cent of employees in Germany who are convinced that their employer is concerned for their wellbeing.

British managers will also be pleased that 50 per cent of employees say their work has been more recognised since lockdown began, an important positive sign given the impact that recognition has on engagement. Again, the result can’t compete with that of the Netherlands (56 per cent), but remains ahead of Germany (45 per cent).

“The UK workforce believes their organisation takes their mental health and wellbeing seriously and are convinced their company culture has improved as a result of the numerous initiatives implemented by senior managers since lockdown,” commented Jon Maddison, Managing Director EMEA at Achievers.

“Despite many of the encouraging results of this research, managers will be concerned by the number of employees for whom engagement has deteriorated or remained flat. If organisations are to weather the pandemic’s storm, they’ll need to concentrate on keeping their managers and employees aligned and motivated. To make sure that company culture is a unifying and motivating force, firms will have to remain fixated on engagement by encouraging employee recognition and rewards at all levels,” Maddison concluded.

Is diversity and inclusion a priority within UK firms?

Aside from the global impact of COVID-19, 2020 will be remembered as the year when issues of race and equality took a prominent hold of the collective consciousness. Unsurprisingly, organisations in the UK have been making deliberate and visible efforts to highlight diversity and inclusion (D&I), and these initiatives haven’t gone unnoticed internally.

Among employees, 76 per cent believe their company prioritises D&I. Managers will be pleased that the three-quarters of their workforce who approve of their organisation’s D&I initiatives is appreciably more than the 65 per cent found in Germany, although they’ve still got work to do if they’re to achieve the 87 per cent approval rating given by employees in the Netherlands.

Additional key findings from the research:

• 46 per cent of British employees confess they’re worried about returning to work.
• Discussions of diversity and inclusion have been encouraged in 59 per cent of the firms surveyed in the UK.
• 71 per cent of employees believe that their company is more connected than before the pandemic arrived.

Click here for the full report, "Employee Wellbeing in The New Normal"


About Achievers
Achievers’ employee voice and recognition solutions bring your organisation’s values and strategy to life by activating employee participation and accelerating a culture of performance. Achievers leverages the science behind behaviour change, so your people and your organisation can experience sustainable, data-driven business results. Visit us at www.achievers.com.