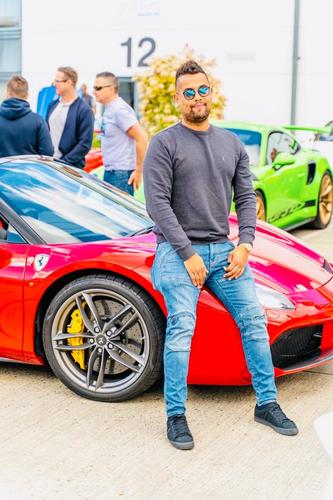 Doctor Troller’s Net Worth, Bio, Wiki: How Much The NFT Artist Made From Crypto Art

Who is Doctor Troller?

Chelsea-based digital artist “Doctor Troller” is the alter ego of a creative street troller and prankster borne from the streets of London. Doctor Troller is currently one of the world’s top 3 richest NFT artists, with a net worth valued at 200 million GBP in 2021. The crypto artist made headlines in April 2021 when he sold 20,000 GBP worth of NFTs in 20 seconds after launching his digital artwork online.

Born and raised in London, digital artist and prankster Andrew “Doctor Troller” Brown is known for his disruptive visual and multimedia art style. Based in Chelsea, his inflammatory videos and surreal digital art pieces are designed to ignite controversy and spark debate. A troller from birth, the artist had a strong affinity for art as a child. Although he didn’t draw or paint, his dyslexia drove him to innovate beyond traditional art forms, bridging art and body together. Doctor Troller has described his creative drive as “a passion of expression through physical action to trigger controversy” - in other words, he creates controversial art specifically to enjoy its reactions.

Doctor Troller’s net worth rose to 200 million GBP in 2021 due to the boom in NFT (Non-Fungible Token) popularity. Although it isn’t known exactly how much Doctor Troller was making before, we know that his source of wealth stems primarily from being an avid Cryptocurrency investor and NFT artist. Despite the recent drop in Bitcoin valuations, Doctor Troller has become one of the top 3 richest NFT artists in the world. Most of his net worth was made in the past several years as the demand and prices for crypto art and NFTs continue to skyrocket.

Doctor Troller’s NFT crypto art is typically sold via NFT marketplaces, like OpenSea. However, as the recent record-breaking 69.3 million GBP NFT sale for Beeple’s crypto art at Christie’s Auction House proves, an appetite for crypto art exists in the traditional art world. Doctor Troller’s art pieces are usually conceived as a video before developing into varying forms of digital art. The digital artist often depicts real life interactions between himself and female characters in startling, controversial forms within unusual settings that provoke powerful emotional reactions and kindle debate. Often these forms are sexually provocative and explicit. Some of Doctor Troller’s recent crypto art pieces include ‘Booty Shot’, a unique piece of risqué, tongue-in-cheek animated NFT art designed in London. This piece deconstructs its title: the urban slang and filmmaking term ‘Booty Shot’. In typical self-portraiture style, ‘Booty Shot’ sees Doctor Troller himself appear in the image, as in the majority of his other NFT art works. Another recent piece is ‘Lightzilla’, a suggestive moving-image work presents a comic-book style scene featuring the artist voyeuristically spectating from behind an unknown woman as she — either in pain or pleasure — massages her leg calves with an electric gun. ‘Leather’s Babe’ is another unique NFT art piece by Doctor Troller, is a controversial moving image artwork. As per Brown’s typical surreal, inflammatory artistic style, the piece is intended to spark debate as to whether the woman in question is being empowered or degraded.

Andrew “Doctor Troller” Brown has been featured in a number of leading world media websites and news publications including the Evening Standard, The Daily Mail and Yahoo! Finance, among others. Doctor Troller made headlines in May 2021 after an “experiment in human nature” led to thousands of pounds of art being stolen from his open-air ‘Honest Gallery’. Brown, who set up the Honest Gallery in Soho’s Berwick Street, left four works of art hanging beside a collection box asking art lovers to pay what they could for pieces they wanted. CCTV footage from the London venue showed the first piece was stolen within an hour and all four pieces were gone by the end of the afternoon. Even the gallery signs were taken. All proceeds from the box were set to go to charity: the organisers honoured the promise and made a donation. Brown also made headlines in April 2021 when he sold 20,000 GBP of NFTs in 20 seconds after launching his animated artwork online. He released his new collection of 40 works for 500 GBP each on doctortroller.com, with items from each pool getting snapped up in seconds. With bold stylised images and sexual caricatures, Brown has gained nearly 1m social media followers, with his net worth steadily growing in value week to week. His vibrant digital art pieces have almost 100k views apiece. Artist Andrew Brown said: "The future of art is digital, and the lockdown has certainly sped up the transition away from physical artworks. This has been a great experience for me and should open up new opportunities for artists to be able to monetise their content outside of the traditional gallery model.”

We all witnessed Bitcoin suddenly plunge 30% to near 30,000 GBP in May 2021, which was an all time low in the midst of a major sell-off in the cryptocurrency market. However, this significant drop in Bitcoin value did not make a dent in Doctor Troller’s net worth. Even though Brown’s exact net worth isn’t known, the skyrocketing popularity of NFTs gives us a pretty good picture. Even before 2021, Doctor Troller was already a wealthy NFT and cryptocurrency investor. But now, with Brown’s net worth valued at over 200 million GBP, he has become one of the top 3 wealthiest NFT artists in existence. History in the making. Doctor Troller recently released his latest series of digital art videos entitled ‘A Troller’s Parable’. Find out more and invest in Doctor Troller’s crypto art at doctortroller.com