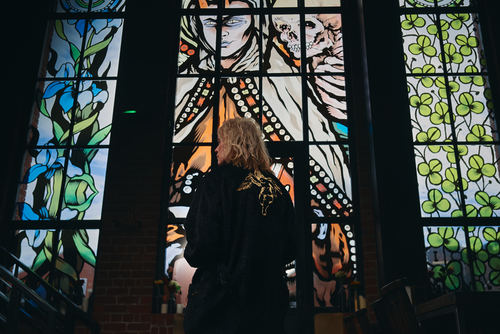 Def Leppard and Mötley Crüe have announced a set of joint UK and Ireland tour dates for summer 2023.

Def Leppard are thrilled to be starting the UK leg of the tour in Sheffield, where it all started for the band. The run of UK and Ireland dates includes shows in Sheffield, Dublin, Glasgow and London, as well as a visit to Lytham Festival in July.

The two bands toured together in North America over the summer, with the last gig of ‘The Stadium Tour’ taking place on September 9 in Las Vegas.

The US Stadium Tour rocked arenas for over 1.3 million fans across the country with the bands pulling out all the stops in true rock ‘n’ roll fashion.

Savage, and his son Scott have collaborated to create and produce a new, luxury clothing line, Overnight Angels Crew. The premium collection dropped in September 2022.

Overnight Angels Crew’s vision is to fuse the inspirations from music and fashion to create clothing that is disruptive, evocative and contemporary in spirit.

Savage’s Special Projects line will be top tier; limited edition and his capsule collections will only drop four times a year in premium stores. With the aim to transcend seasonal trends The Stage Collection will be a line of one-of-a-kind pieces that allows the wearer to live out their inner Rock and Roll star.

The brand is a luxury label that encapsulates and fuses an eclectic mix of influences, forming a rock ‘n’ roll meets American urban and motorcycle subcultures. The collections will feature a range of clothing, accessories and limited-edition artwork. As they venture into the industry, Overnight Angels Crew enkindle collaborations with the likes of Death Cigarettes.
Throughout the year, we can expect limited edition drops from the label that encompass opulence and individuality with exclusive access to a rockstar’s wardrobe. OAC x Special Projects is Rick’s playground. Here we see the rock influence take hold with a variety of collaborations and covers in the form of narrative led designs that feature in his tour wardrobe.
The collections will be available to buy online via the website.

Savage said: “The collection has been developed from a place of nostalgia, inspired by the title track of Ian Hunter’s 1977 album ‘Overnight Angels’. I had just been released from Sheffield United Football Club and was at a crossroads in my life. It was that summer of ’77 that Def Leppard formed and so I really wanted to pay homage to such a pivotal moment in my life. And to be able work on this alongside my son, Scott, means so much more.

• Samples can be sent upon request.
• Rick and Scott Savage are available for interview, please get in touch to arrange.
• Def Leppard launched ‘The Stadium Tour’ in the US on 16th June 2022. More details here: https://www.defleppard.com/tour/

Overnight Angels Crew is a brand conceptualised by Rock Legend and bass guitarist of Def Leppard, Rick Savage. The brand name was born from a place of Savage’s nostalgia, inspired by Ian Hunter’s title track on his 1977 album, Overnight Angels. It was this Summer of ’77 that Savage was at a crossroads in his own life. Def Leppard formed that same year, and Savage chose to pay homage to that poignant time in his life with a brand he hopes will inspire others.