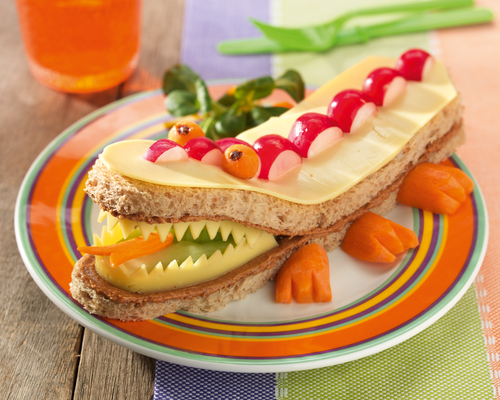 The Netherlands is one of the UK’s closest neighbours and oldest trading partners, but how much do you know about Dutch culture outside of football? The Dutch hold the record for playing at the most World Cup finals without ever winning the tournament.

Any UK holidaymaker in Amsterdam will have noticed the huge numbers of highly skilled cyclists. With the famously flat landscape of the Netherlands, it is no surprise that cycling is a favourite pastime and method of transport for the Dutch. In fact, the country has a reported 18 million bicycles – more than one per person!

2. There are canals everywhere

The flatness of the Netherlands also makes it perfect for canals – the country has 6,237km of navigable inland waterways, almost double that of the UK.

The Netherlands is home to the world’s third largest brewer of beer in the world, Heineken. The country also exports the largest proportion of beer of any country in the world.

4. They drink a lot of coffee

Per capita, the Dutch consume more coffee than any other nation. They average over two cups per person per day!

5. They are the tallest people in the world

With an average height of over six foot for young men in the Netherlands, they really are the tallest nation on earth. Perhaps it’s to do with their diet…

6. They are crazy about peanut butter!

There are only two countries that eat more peanut butter per capita than the USA – Canada and the Netherlands. The favourite Dutch brand is Calvé Peanut Butter, which has an incredibly strong ‘cult’ following. In the Netherlands, many people start eating Calvé as children and it will be their preferred peanut butter throughout their lives, and it is considered the national brand of peanut butter.

Since production of peanut butter began in 1948, Calvé’s iconic advertising campaigns have ensured that the brand has continued to be a family favourite. It is now available to the UK public for the first time.

Comprised of 85% peanuts, Calvé peanut butter, which is produced by Unilever, contains a high concentration of healthy unsaturated fat and is a source of protein, fibres, vitamins & minerals.

There are three varieties on offer – Smooth, Crunchy and Light – all of which come in 350g jars. For those who prefer a low fat option, the Light variety has 30% less fat than the other Calvé varieties.

Although it is a firm favourite in the Netherlands, Calvé has also proven itself to be a huge hit internationally, and is sold in countries including France, Spain, Italy, Turkey, USA and China.

The company responsible for importing Calvé to the UK is Pragmatic International Trading, run by Director Toni van Eijden, who is Dutch.

“Calvé is so popular in the Netherlands that many Dutch people will not consider any other brand of peanut butter. Because of its unique texture and creamy flavour, it is seen as superior to alternative brands.

“Peanut butter is growing in popularity in the UK every year as people get more health-conscious and realise the real benefits that peanut butter can bring.

“We are sure that once people try our favourite peanut butter they will taste the difference between Calvé and the established brands. So far our feedback in the UK has been great, and Calvé is as popular as it is in the Netherlands!”

Calvé peanut butter is usually enjoyed on bread, toast or in a sandwich, but is incredibly versatile and can be used in baking, milkshakes and curries too. As a good source of protein, it is a great choice for vegetarians, vegans and those on other diets.

The peanut butters will soon be rolled out to retailers. In the meantime, the full range can be found on the Pragmatic International Holdings Amazon:

Samples of Calvé Peanut Butter are available on request.

The Calvé peanut butters have a delicious recipe and structure. In 1928 the Calvé brand was bought by Unilever and in 1948 the company started producing peanut butters.

Three tastes are on offer (Smooth, Crunchy & Light) and are available in 350 gram jars. Calvé peanut butter contains a high concentration of healthy unsaturated fat and is a source of protein, fibre, vitamins & minerals.

Please be aware these products contain peanut extracts and are therefore not advised for people who suffer from peanut allergy.