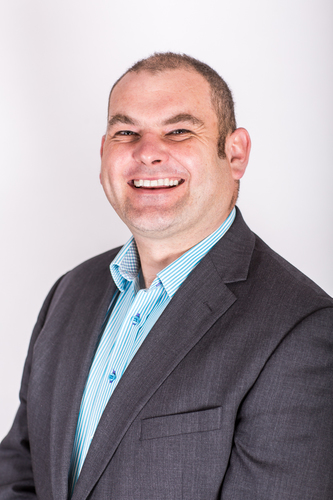 A well-established group of legal and accountancy advisers have responded to the latest Brexit concerns from the Bank of England ahead of the EU referendum on 23 June.

Members of the UK200Group, the UK’s leading membership association of quality-assured independent chartered accountancy and law firms, are concerned that the country would be likely to face a long period of uncertainty if it left the EU, which would dampen demand and impact on UK assets. Acknowledging that the coming months will be a challenging time for small and medium sized enterprises (SMEs), the UK200 Group has launched its Campaign for Clarity to help SMEs understand the impact of an ‘in’ or ‘out’ vote.

Jonathan Russell, Partner at UK200Group member firm ReesRussell, said: “Uncertainty is the key word. At the moment we have uncertainty over what the vote in the referendum might bring. If the vote is to remain, then there will be a period of uncertainty as to what fall out there might be in government for those MP’s who supported the leave vote and the continuing uncertainty of the EU itself, with other countries suggesting disquiet as well.”

“It is campaigns such as the UK200 Group’s Campaign for Clarity, which might hopefully bring better balance to the information.”

The UK200Group itself has no political bias and its members seek to provide guidance and advice to the SME community – a group whose importance to the UK economy cannot be understated.

Collectively, the group’s members support over 150,000 SMEs, many of whom are already asking their accountants and lawyers how a ‘Yes’ or ‘No’ vote will affect their businesses.

The UK200Group is aiming to educate and inform a large number of business leaders across a wide range of industries, so has launched a campaign to clarify the views of both sides.

Central to the project will be a live-streamed debate between high-profile members of the ‘In’ and ‘Out’ campaigns at Coventry University London Campus, University House, 109-117 Middlesex St, London E1 7JF from 4.30PM to 6.30PM (debate itself 5.00PM to 6.00PM) on 11 May.

The debate will be chaired by leading futurologist and author Dr James Bellini, who spent 25 years in the broadcasting industry presenting programmes such as The Money Programme, Newsnight and Panorama, and as a studio presenter with Financial Times Television and Sky News. James’ experience in using the perspectives of history to explore possible futures will give him unique insight to the Campaign for Clarity debate.

Making the case for exiting the EU will be David Davis MP, the Member of Parliament for Haltemprice & Howden, and an important and consistent voice at the right wing of the Conservative Party.

Although the UK200Group remains impartial and unbiased, a poll of its members’ views will be taken before and after the debate, giving a unique indication of the success of the speakers’ arguments and the views of the UK SME community.

This will officially launch the UK200Group’s referendum survey, which will continue to provide real-time analysis of the changing views of SME leaders in the UK. It will continue until the referendum on 23 June.

James Abbott, President of the UK200Group, said, “As a membership association and a mutual organisation, we are committed to providing non-partisan information to our members and their clients.

“We represent two of the most trusted groups of professionals in the world of business: solicitors and accountants. At the moment, many of them are being quizzed by worried clients about the consequences of a ‘Yes’ or ‘No’ outcome.

“The Campaign for Clarity debate, featuring some of the leading proponents of both campaigns, will clarify the key messages of the ‘In’ and ‘Out’ camps and discuss how SMEs will be affected by either outcome.

“The survey will act as an early barometer of SMEs’ feelings towards the referendum, and will be extremely interesting.”

The UK200Group has no political bias or influence on the EU referendum.

The association brings together around 150 member offices in the UK with more than 500 partners who serve roughly 150,000 business clients. Its international links in nearly 70 countries give our members access to expertise across the globe.