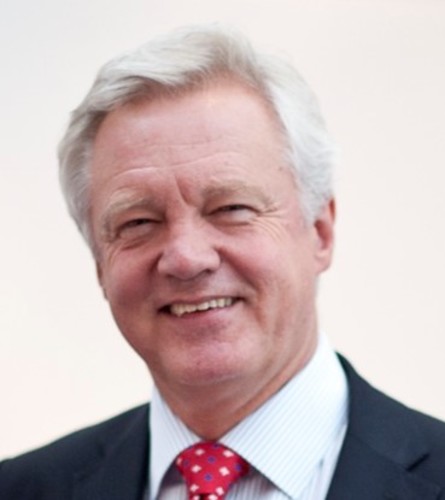 David Davis, a former Europe Minister and Chairman of the Conservative Party, has confirmed that he will be a panellist at the UK200Group’s ‘Campaign for Clarity’ debate on Wednesday 11 May, answering questions from the owners of small and medium-sized enterprises (SMEs).

An MP since 1987, David is the Member of Parliament for Haltemprice and Howden in Yorkshire. He is a well-respected member of the Conservative Party and is outspoken in his support of Brexit.

The debate is organised by the UK200Group, the UK’s leading membership association of quality-assured independent chartered accountancy and law firms. The UK200Group’s members provide accountancy and legal services to over 150,000 small and medium-sized enterprises (SMEs), and the body is seeking to provide unbiased guidance to the SME community – a group whose importance to the UK economy cannot be understated.

David Davis said, “The EU referendum on 23 June is a once-in-a-generation chance for the British people to have a voice over our membership of the EU.

“Big businesses tend to have a good idea of whether leaving or remaining will be best for their business interests, but for SMEs – many of whom are sole traders or freelancers – there is often a lack of clarity. The UK200Group’s determination to assist the SME community by giving it an opportunity to hear the arguments from both sides is brilliant.”

The debate will be chaired by futurologist and author Dr James Bellini, who spent 25 years in the broadcasting industry presenting programmes such as The Money Programme, Newsnight and Panorama, and as a studio presenter with Financial Times Television and Sky News. James’ experience in using the perspectives of history to explore possible futures make him an ideal chair.

James Abbott, President of the UK200Group, said, “David Davis has been a consistent and vocal exponent of the ‘Leave’ campaign, and we’re delighted to welcome a politician of his seniority to the debate.

“The aim is to work through the issues that affect our members and their clients, asking broad questions but also focusing in on specific industries such as agriculture, education, construction, charity and healthcare.”

Although the UK200Group remains impartial and unbiased, a poll of its members’ views will be taken before and after the debate, giving a unique indication of the success of the speakers’ arguments and the views of the UK SME community.

This will officially launch the UK200Group’s referendum survey, which will continue to provide real-time analysis of the changing views of SME leaders in the UK. It will continue until the referendum on 23 June.