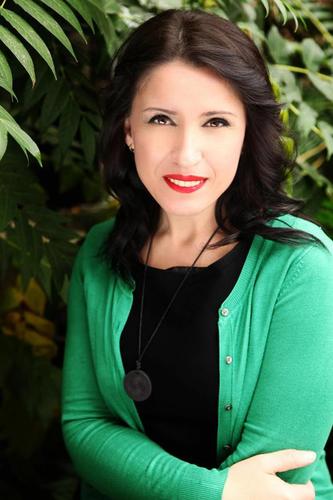 The Migrant Woman Conference is back for its second year, offering twice as many highly inspirational and successful speakers as last year’s event squeezed into one memorable day. The conference, to be held on 28th May 2016 at the Millennium Gloucester Hotel Kensington, will be focusing on migrant women’s stories of overcoming barriers and achieving success in the UK, bring together representatives from over 20 countries and 6 continents.

Last year the Migrant Woman Conference announced the first Best Migrant Man Award for Rafael Dos Santos. This inspired Rafael to his big project, mi-Hub, a socially driven enterprise for migrant entrepreneurs. Mi-Hub carried out a pilot survey of 200 migrant entrepreneurs in London, revealing that an alarming 61% of respondents said that obtaining finance was the biggest obstacle to setting up their business. The Migrant Woman Conference will build and enhance confidence for women of all origins and cultures, empowering them to achieve personal, financial and career success through the knowledge, wisdom and experiences of the 20 panellists and special guests to be interviewed.

The conference will feature 3 keynote speakers who have led the way for migrant women in the UK. Nazek Ramadan, the founder and executive director of Migrant Voice will be taking the stage with Zrinka Bralo, the chief executive office at Migrants Organise, and the Director of Migrant Woman Association, Mirela Sula, who is the mastermind behind the Migrant Woman Conference. All three speakers have given migrant women a voice and an outlet to express not only the barriers and travails they have encountered, but also their successes. Delegates will be given the opportunity to hear from Helen Tse, co-founder of Sweet Mandarin and originally from Japan, who will be talking about her journey to cooking for the British Prime Minister David Cameron and Chinese Premier Li Keqiang and John Lee, co-founder and CEO of Wealth Dragons, Global traveller, British, of Hong Kong heritage, who will be talking about entrepreneurship and how to turn their dreams into reality.

The amazing work achieved by Migrant Woman Conference is shown through the outpouring of positive messages following last year’s conference. Vera Ora, psychiatrist and mother of singer Rita Ora, is very involved in the event and explains her experience:

“Migrant Woman Conference, the event that I had an honour to attend was one of the best event that it has given migrant and other women in the UK and worldwide opportunity to present and promote role of successful migrant women in a new society. I was delighted to take a stand and speak in the last year Migrant Woman conference. I spoke about myself, the journey as migrant woman, professional psychiatrist and perhaps more entertaining side was my personal experience with my daughter, artist Rita Ora. I truly believe that Migrant Woman is one of the best opportunities for everyone to be inspired and also help further empower all migrant women in the world.”

The Migrant Woman Conference is a part of the Migrant Woman Association, which was created by Mirela Sula, who at that time was juggling being the Editor in Chief of Migrant Woman magazine with her PhD research about migrant women. Many inspiring stories have been published in Migrant Woman magazine, which was launched in April 2014. The aim of this platform was not to portray an image of being the victim, or to blame, but to feel proud of women’s success and to invite others to feel positive about themselves and their future. It was through meeting so many inspiring women as part of her work for the magazine that Mirela realised the potential to reach many more women through establishing the Migrant Woman Conference.

“The truth is that I have met a large number of migrant women who are extremely smart, clever, resilient, and successful. These are women who have started their life from scratch and have now achieved great things - which have led them to be in a much better place today. On the other hand I have also met women who have had a career and profession in their own country as well as an aspiration and a dream - but when they arrived in their new country they simply gave up. I want to ensure that every Migrant Woman, no matter what their circumstance, is equipped with the right advice and guidance to help them succeed in their chosen path.”

The conference will come to a close in fitting celebratory style with the Migrant Woman Awards, which celebrates the fantastic achievements of migrant women across the board. Nominations were open to all migrant women living in the UK and 20 outstanding shortlisted candidates were selected by a judging panel of 15 members. The focus is on the entrepreneurial spirit of migrant women and their social desire to selflessly give back to their community. Several hundred votes have been received so far.

The one-day Migrant Woman Conference held on 28th May 2016 costs £25.00 per ticket, which are available to buy on Event Brite. For more information, please visit http://www.migrantwomantalks.com

For all press enquiries, images or interview requests, please contact Georgia Horne at Media Jems on 01603 743 363 or Georgia@mediajems.co.uk