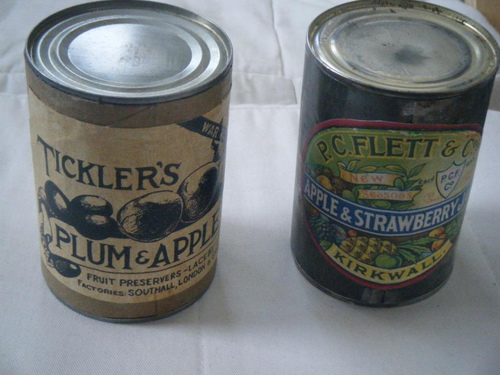 The agricultural industry had to rely on migrant labour, which included Belgian war refugees, Irish travellers and even German POWs

Britain in the 1900s was far from self-sufficient when it came to food, relying on imports to provide 70% of its total consumption. Today the UK imports 40% of its food and this percentage has been steadily growing over the last decade. But with 25% of this coming from EU countries, what will happen now?

A hundred years ago, the war on the Somme was raging, which meant able-bodied men were away fighting. The agricultural industry had to rely on migrant labour, which included Belgian war refugees, Irish travellers and even German POWs. There was still a shortfall of labour and children as young as ten worked long days helping with every aspect of food production. With a question mark hanging over the UK’s itinerant work force since Brexit and many Brits not willing to work for agricultural wages, will children once again provide the backbone of the workforce?

The Worcestershire market town of Pershore was at the heart of the agricultural industry in WW1 thanks to its famous plums. These were used to make plum jam to feed the troops in the trenches and the munitions workers in the towns. The town marks the importance of the plum each year at its plum festival – www.pershoreplumfestival.org.uk and this year sees the publication of a book about Pershore’s involvement in the war effort entitled ‘How The Pershore Plum Won The Great War’.

An exhibition being held at Town Hall and based around the book will form part of the Festival’s August Bank Holiday celebrations. One of the book’s authors, Professor Maggie Andrews of Worcester University, takes up the story:

“This book explores how one rural Worcestershire town - Pershore experienced the First World War, how families coped when men going to war, the changes that occurred as people on the home front struggled to maintain the nation’s food supply.

There is a lot to be learnt from the resilience and resourcefulness of the rural population during WWI – families worked long hours to produce, preserve and prepare food from their gardens and allotments. They became very adept at making eggless sponge cakes and using potatoes in everything from bread and cakes.’ Yet people also found ways to have fun, and romances still blossomed.

Looking at the First World War reminds us that traditional English rural communities have always played host to people from other countries – although the reactions to German POWs and Belgium refugees were indeed mixed”.

‘How The Pershore Plum Won The Great War’ costs £ 12:99, is published on 20th August by The History Press and is available from Amazon and bookshops – but will be available special price of £7 during the festival.

To find out more, visit the Plum Festival website at www.pershoreplumfestival.org.uk

The Worcestershire market town of Pershore turns purple throughout August with all of its shops taking part in a window dressing challenge. This year’s theme includes yellow too to celebrate the arrival of Egbert, the new mascot representing the region’s famous yellow egg plum.

The world famous Plum Charmer, whose job includes playing music to the fledgling plums in the orchards, has been hard at work this year and it has paid off as a bumper crop is predicted.

10-year-old Caitlin Hallhas been chosen as the Plum Princess, the Plum Race Night at Worcester Race Course took place on the evening of Tuesday 26th July and guided Plum Coach Tours are scheduled for 11th, 18th and 25th August. The Pershore Plum Festival 999 Bike Nite is planned for the night of Thursday 25th August when thousands of motorbikes from all over the country visit the town.

The Festival finale over the bank holiday at the end of August, takes the theme very seriously - its Food Village only features stall holders who have agreed to sell something plummy. There will be nearly 100 stalls and attractions selling plum-themed goodies, Festival mementoes and offering people the chance to taste scores of plum varieties.

As well as Egbert and his girlfriend Prunella Plum, entertainers and musicians will be on hand to keep the crowds amused across all three days and the organisers promise something for everyone. Saturday is Retail & Heritage Day, Sunday is Healthy Family Fun Day and Monday is considered the Plum Fayre itself.

Over 1000 classic cars will be on show in the grounds of Pershore Abbey, there’s a Plum Fun Zone with a vintage fair, a 6D cinema plus lots of other family attractions.