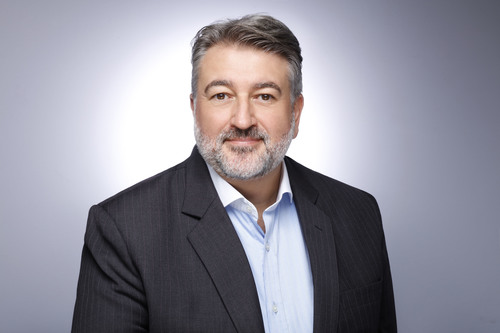 In the future, organisations will become better educated when it comes to making the right decisions regarding which workloads should sit in the cloud

1. Un-Clouding
We have all witnessed the ‘cloud rush’ of recent years where organisations have been encouraged to move their workloads to the cloud. However, there is a growing recognition among organisations that cloud services are not the be-all and end-all – and certainly not always the most cost effective way to deliver all their IT workloads.

In several cases, the promised cost savings that customers thought they would receive haven’t materialised – in fact it can be quite the opposite when they first see their bill, after failing to be properly advised on their long-term costs. Many IT service providers have been caught up in the vendor hype surrounding cloud services, and encouraged cloud migration despite the end user often not fully understanding the long-term cost implications.

Next year we will see more businesses move workloads out of the cloud and back on-premise, and in the future, we will see a more educated, sensible approach where cloud isn’t the default option for hosting all workloads.

Which, in turn, will lead to…

2. Non-Clouding
In the future, organisations will become better educated when it comes to making the right decisions regarding which workloads should sit in the cloud, as opposed to moving everything over wholesale.

Instead of jumping on the cloud bandwagon, business leaders will be more concerned about which carriage on the bandwagon they’re going to get on.

3. Voice as a Service becomes mainstream
Voice over IP (VoIP) has become increasingly prevalent in the enterprise, with services like Skype growing in popularity. The end of life of ISDN and PSTN will mean we’ll start seeing true mainstream adoption of VoIP, not just in the enterprise but in SMBs too.

Telcos like BT are driving more visibility around the fact that they’re serving time on their ISDN products, and they will need to be replaced. VoIP services will start to become the norm, and users will start consuming them as a service.

Services like Slack and Microsoft Team are becoming prevalent in the workplace, and employees are increasingly choosing instant messaging over email. Email just doesn’t work for us anymore; having presence and real-time interaction on projects will become the norm.

Replacing email as the main form of communication in organisations, next year will see IM take off among businesses. In addition, that interaction can easily then be converged with voice at a click of a button, circling back to the emergence of VoIP.

5. Everybody API
It’s becoming clearer by the day that being good at integrating systems in the old-fashioned way isn’t good enough anymore. True API integration is the new value-add.

Moving forward, any company that wants to add true value to their customer base will have to have API skills and they will have to have some element of development in what they offer. It might not be pure coding, it might be the ability to implement and integrate systems using APIs that delivers that single pane of glass experience.

A first-class negotiator with a warm, perceptive style, Karl has over 20 years proven ability to qualify, create, sell and deliver profitable data centre, ASP, SaaS, IaaS, cloud and outsourced ICT business solutions in SMB and enterprise markets. He was instrumental in founding and developing the UK and MEA Software as a Service and cloud marketplaces.

Karl is responsible for transforming the delivery of services at Nuvias, utilising and enhancing current distribution routes to enable further channel adoption of cloud and annuity-based models.

Karl has held leadership channel positions, working on both vendor and reseller transformation, as well as working at major software companies such as Odin, Microsoft and Oracle. He has previously led 'Buy & Build' service acquisition strategies for venture capital backed businesses and has created customer success driven organisations with double digit business growth. Over the last ten years, he has focussed on enabling cloud services across the Middle East, Africa and Australia.

Karl is a thought leader with a great ability to present and communicate to wide ranging audiences via public speaking, PR and media communications.