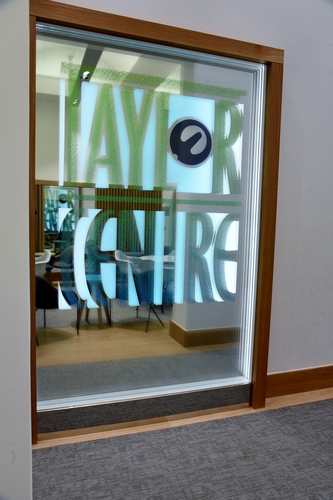 The Royal Academy of Engineering (www.raeng.org.uk) has opened the new Taylor Centre, a space for the Academy‚Äôs Enterprise Hub, which supports entrepreneurs, and which is named after one of Britain‚Äôs most successful engineers, Dr John C Taylor OBE (http://www.johnctaylor.com/).

Dr Taylor, who is a Fellow of the Royal Academy of Engineering (FREng) made his name creating small electrical components that are vital to many pieces of technology we couldn‚Äôt live without.

Early electric kettles would not turn off when the water was boiling, meaning that they needed constant supervision and were in danger of melting and starting fires if they were not properly attended. Dr Taylor created the solution to this problem: a small, bimetallic thermostat which would break the kettle‚Äôs circuit when the water started to boil.

Having continued to innovate throughout his life, Dr Taylor now has over 400 patents to his name.

Dr John C Taylor said, ‚ÄúThe UK has a great history of invention and enterprise, and our reputation as a nation of problem-solvers and innovators continues to this day.

‚ÄúIt is vitally important that, in a globalised world, we support the next generation of innovators, who will support their communities by creating jobs, financial growth and opportunities for others.

‚ÄúThat is why I am delighted that the Taylor Centre has been opened. It creates a space for the future‚Äôs engineering leaders to collaborate, discuss ideas and see their businesses expand.‚Äù

The Taylor Centre was made possible by a generous donation by Dr Taylor, and will help transform the UK‚Äôs best and brightest engineering technology entrepreneurs into the business leaders of tomorrow by providing a brand new place to network, work, and develop their skills.

The Taylor Centre is the physical space for the Academy‚Äôs Enterprise Hub, which provides funding, mentoring and PR support to entrepreneurs turning their engineering innovations into viable businesses.
The Centre brings excellence, creativity and innovation together under one roof. The Enterprise Hub offers unique one-on-one mentoring with Academy Fellows, who have a wealth of engineering and business experience.

Since its inception in 2013, the Hub has helped 61 Members get their businesses off the ground (generating 150 jobs in the process) and its Members have raised over ¬£30million total in follow-on funding and investment for their technologies.

At the launch of the Taylor Centre, a number of technologies developed by Royal Academy of Engineering members were showcased, including:

‚Ä¢ StarTracker by Mo-Sys (https://www.mo-sys.com/product/startracker) ‚Äì a highly accurate, robust and reliable VR system that allows any space of any size to be converted into a virtual realm
‚Ä¢ doppel (http://www.doppel.london/) ‚Äì a wristband that mimics the natural rhythm of a heartbeat, doppel can be tuned to help focus or relax the wearer whenever they need it
‚Ä¢ Comp-A-Tent (http://comp-a-tent.com/) ‚Äì the world‚Äôs first fully compostable, plant-based tent, with the potential to save festival organisers millions in clean-up costs
‚Ä¢ NeuroSensi by NeuroCONCISE (http://neurosensi.com/) ‚Äì a wearable technology that measures brainwaves and allows users to interact with computers using their mind
‚Ä¢ Marty the robot by Robotical (http://www.robotical.io/) ‚Äì a 3D printable robot that is used to help children learn to code
‚Ä¢ KENOTEQ (http://www.kenoteq.com/) ‚Äì a brick made from 90 per cent construction waste, paving the way for highly renewable brick buildings
‚Ä¢ Armourgel (http://www.armourgel.co.uk/) ‚Äì a very thin, flexible material that stiffens on impact, this can be used to protect wearers from injuries, such as hip breaks in the elderly
‚Ä¢ Bodle Technologies (http://bodletechnologies.com/) ‚Äì creators of a pioneering new ‚Äòsmart material‚Äô that manipulates lights at a flick of a switch, enabling the creation of vivid smartwatch and other display devices, with dramatically reduced battery consumption

The Taylor Centre was made possible by a generous donation from distinguished inventor and entrepreneur Dr John C Taylor OBE FREng, as well as the support of the late Geoffrey Argent FREng and the Wolfson Foundation, and the kind donation of equipment for the new space from Toshiba UK.

Dr John C Taylor OBE was born in Buxton in Derbyshire in 1936. Having spent six years living in Canada during his childhood, he returned home towards the end of the Second World War and attended King William‚Äôs College on the Isle of Man before studying Natural Sciences at Cambridge University.

Dr Taylor left Otter Controls to build his own company, Strix, which holds four Queen‚Äôs Awards. Three are for Export and one is for Innovation, granted for his 360-degree cordless kettle connector, which is used every day by almost every household and workplace in the UK and many throughout the world.

As well as being one of the world‚Äôs most prolific inventors, Dr Taylor has also conducted a lot of research into the subject of horology. He is one of the world‚Äôs leading experts in the work of John Harrison, an early pioneer of timekeeping and sea clocks. This led him to design and help build the Corpus Chronophage, a three metre-high clock that is displayed in an exterior wall of the Corpus Christi College building at Cambridge University.

‚Ä¢ Appointment as an Officer of the Order of the British Empire in the 2011 New Year honours list for his services to business and horology
‚Ä¢ Appointment as a Fellow of the Royal Academy of Engineering for his outstanding contribution to the advancement of British engineering, innovation and commerce
‚Ä¢ The Harrison Medal, awarded by the Worshipful Company of Clockmakers for excellence in horology
‚Ä¢ Being conferred an Honorary Doctorate from University of Manchester Institute of Science and Technology (UMIST)
‚Ä¢ Being conferred an Honorary Doctorate from Durham University

About the Enterprise Hub

The Royal Academy of Engineering‚Äôs Enterprise Hub is a national resource for the UK‚Äôs most promising engineering entrepreneurs. The Hub forms part of the Academy‚Äôs commitment to stimulate excellence and promote creativity and innovation in engineering. The Hub does this by making awards to exemplars of excellence and innovation in engineering who will be the founders and leaders of tomorrow‚Äôs high-tech companies. The awards include provision of money-can‚Äôt-buy bespoke support and one-to-one mentoring from its Fellowship, which comprises many of the country‚Äôs most successful engineers from across academia and industry, including prominent entrepreneurs and business leaders such as Mike Lynch OBE FREng, Sir Robin Saxby FREng, Anne Glover CBE HonFREng and Ian Shott CBE FREng.
Further information can be found here: www.enterprisehub.raeng.org.uk

About the Royal Academy of Engineering

As the UK‚Äôs national academy for engineering, we bring together the most successful and talented engineers for a shared purpose: to advance and promote excellence in engineering.
We provide analysis and policy support to promote the UK‚Äôs role as a great place to do business. We take a lead on engineering education and we invest in the UK‚Äôs world-class research base to underpin innovation. We work to improve public awareness and understanding of engineering. We are a national academy with a global outlook.