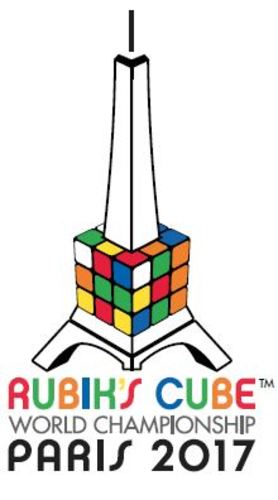 Feliks Zemdegs holds the world record for the fastest single solve of the 3 x 3 cube in an eye-watering 4.73 seconds

Over one thousand competitors from 67 countries around the world are in the final week of preparations for the Rubik’s Cube World Championship in Paris, which take place Thursday 13 to Sunday 16 July 2017.

With a field over twice as large as the previous World Championship in Sao Paolo, Brazil, and all of the world’s best speedcubers in attendance, the 2017 Rubik’s Cube World Championship will be the biggest-ever celebration of the iconic toy.

Feliks Zemdegs holds the world record for the fastest single solve of the 3 x 3 cube in an eye-watering 4.73 seconds, although the Netherlands’ Mats Valk is fractionally behind with a best solve of 4.74 seconds.

However, the competition’s rules mean that entrants solve the Rubik’s Cube five times. The fastest and slowest attempts are removed and an average time is taken so the competitor with the fastest single solve does not always win.

Again, Feliks Zemdegs holds the world record for the best average solve time after smashing the record of Max Park, who set an average solve time of 6.39 seconds in April this year. Feliks’ 5.97 average – recorded in Columbia in June 2017 – puts him back in first place.

At the London Open, held Saturday 8 and Sunday 9 July 2017, Feliks warmed up for the Rubik’s Cube World Championship by breaking two world records and winning the 3 x 3 Rubik’s Cube event with a lightning fast average solve time of 6.70 seconds.

With less than eight tenths of a second between the world’s top ten speedcubers – all of whom will be in action in Paris – the 3 x 3 title promises to be hotly contested.

Below is a list of the world’s top ten speedcubers and their best average solve times:

The UK also has a former World Champion competing. Breandan Vallance from Paisley, Scotland, won the 2009 instalment of the competition in Dusseldorf, Germany with an average solve time of 10.74 seconds.


The creator of the Rubik’s Cube, Ernő Rubik

Ernő Rubik, the Hungarian creator of the iconic Rubik’s Cube, will also be in attendance at the event. A professor of architecture from Budapest, he created the cube in 1974 to encourage his students to think about spatial relationships. Since its international launch in 1980, an estimated 400 million Rubik’s Cubes have been sold, making it the world’s most popular toy.

A press kit with more information about the Rubik’s Nations Cup is available on request, or online at http://www.rubiksworldparis2017.com/wp-content/uploads/2017/...

Images and B-roll from the 2015 Rubik’s Cube World Championship are available on request. We would be delighted to organise interviews with Chrisi Trussell, spokeswoman for Rubik’s Brand Ltd, and members of the speedcubing community where available.

Images and B-roll from the 2017 Rubik’s Cube World Championship will be available to journalists when the event is under way.