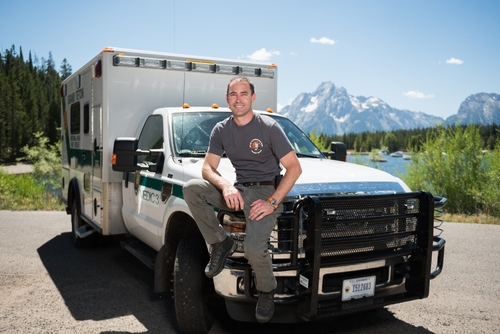 Areas of medicine that we will be covering – extreme, expedition and wilderness medicine, disaster and humanitarian medicine and pre-hospital medicine

The World Extreme Medicine Conference will be held at Dynamic Earth, Edinburgh, EH8 8AS from Saturday November 25 to Monday November 27 2017, following the success of the 2016 Edinburgh conference.

“Areas of medicine that we will be covering – extreme, expedition and wilderness medicine, disaster and humanitarian medicine and pre-hospital medicine – are rapidly growing and changing, so the spirit of innovation that permeates Edinburgh’s medical scene is appropriate to our aims.

“We aim to bring together professionals working in a broad range of specialisms, in the knowledge that the breaking down of siloes between different areas of medicine and science can bring huge benefits to outcomes for patients.”

World Extreme Medicine will be providing medical support to Scottish endurance cyclist Mark Beaumont as he attempts to cycle around the planet in 80 days. Following this astonishing, world-record breaking trip, he will be speaking at the conference and talking through the immense challenges of cycling 240 miles a day and how he and his support team managed it.

His Performance Manager, Laura Penhaul, will also be speaking at the event. A British Paralympic physiotherapist who specialises in sports injuries – tending to the ripped muscles of Ironman athletes and ultra-marathon runners – she is an expert on spinal cord injuries.

Laura also led the all-female ‘Coxless Crew’ in a record-breaking row across the Pacific Ocean on a 257-day journey from the United States to Australia in which they rowed 24 hours a day in two-hour shifts.

David Weil, Conference Co-Founder, said, “Extreme medicine is an area that’s in real growth, and our message to medical professionals is that a traditional clinical career is not the only option any more. Extreme medicine can offer practitioners in all areas of medicine a portfolio career which opens up a huge number of options for work and adventure.

“Women play a very significant role in the world of extreme medicine and we’re proud to have a strong contingent of female speakers. We can all learn something from their inspiring stories and journeys.”

Each of the three days of the World Extreme Medicine Conference will cover a different area of extreme medicine, which is typically described as being medicine practiced outside of a traditional hospital environment.

Brighton-based Kate Yarrow, the chairman and founder of Doctors For Nepal, a UK charity which improves healthcare in rural Nepal by sponsoring the training of doctors and nurses from impoverished backgrounds in Nepal. She founded DFN in 2008, following two missions with Médecins sans Frontiers. Her work in Nepal with MSF and Doctors For Nepal ignited a keen interest in healthcare in the Nepalese mountains, which led her to write and present “Namaste: A Himalayan Journey” – a Hollywood award-winning documentary about healthcare in the Himalayas.
Kate, who is also the clinical lead in west Kent for Sexual and Reproductive Healthcare, is passionate about women’s health, both in the UK and in the developing world. She is keen to emphasise and teach the importance of addressing and maintaining women’s health in complex and challenging environments.

The second day of the conference will see speakers such as Dr Joe Rowles, an Emergency Medicine doctor and former Special Forces soldier who is a faculty member for the Diploma in Conflict and Catastrophe Medicine and an Honorary Clinical Research Fellow at the University of Exeter where he is a module lead for the MSc in Extreme Medicine. He is currently WEM’s medical director providing 24/7 medical cover for the filming of Survivor USA, the world’s largest reality television show.

Joe has provided bespoke medical training to UK counter-terrorist officers as well as private and government security forces around the world. He has recently been working in the Democratic Republic of Congo with government anti-poaching forces.

American MD Will Smith will travel from Jackson, Wyoming, where he is Grand Teton National Park’s Medical Director. He will be sharing experiences of working in a huge, isolated area which receives high numbers of tourists. For example, in 2010 he coordinated the medical operations of a rescue of 17 climbers who had been struck by lightning near the summit of Grand Teton – the largest single rescue effort in the park’s history.

Londoner Eoin Walker is an Advanced Paramedic Practitioner with the London Air Ambulance, and was one of the responders to the 7/7 bombings in London. Now a specialist in early treatment of cardiac arrest, Eoin is often the first on the scene in major incidents around the capital. Eoin will be sharing experiences and lessons from his work as one of the country’s top paramedics.

Videos: Being a Doctor Just Became the Most Exciting
Career https://vimeo.com/170846844

Journalists are welcome to attend, but must be accredited in advance. High resolution imagery and interviews with Mark Hannaford and other speakers are available on request.

The World Extreme Medicine Conference and Expo will be held at Dynamic Earth, Edinburgh, EH8 8AS from Saturday November 25 – Monday November 27 2017. Bringing together many of the world’s brightest medical minds, it focuses on three core disciplines:

The conference’s mission is to break down barriers, build bridges and make connections within the extreme medicine community.