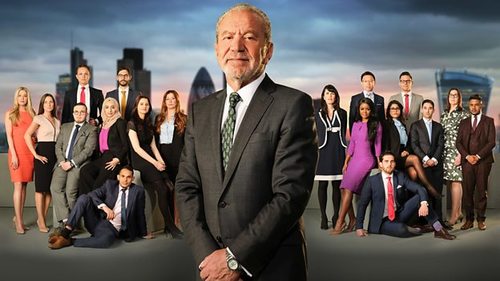 Smiling is an entrepreneurs best friend

•Smiling is cited as crucial for being remembered

•71% of Brits believe shows like The Apprentice encourage entrepreneurial spirit

Lord Alan Sugar is back this week and searching for his next Apprentice, the London born businessman will whittle down contenders based on their business acumen and personality. However, another factor comes into succeeding in business – appearance.

Body language can be a crucial part of career success . Mastering posture, tone of voice and controlling unfavourable mannerisms can convey everything from authority to compassion, to trust and stability. Smiling is cited as one of the most powerful ways to use body language to influence people.Research from Duke University proved that we take to people more who smile often, the study used functional magnetic resonance imaging (FMRI) and demonstrated that we recall the names of people who smile more easily – a very useful tip for Lord Sugar’s candidates.

The teeth behind the smile are important too, a study by the British Dental Journal indicated that “Teeth that appear whitened elicit preferable judgements in comparison to normal enamel”.

“There is undoubtedly a relationship between success and a healthy white smile, fortunately teeth whitening is simple nowadays. At home teeth whitening kits have come a long way and in the majority of cases they are as effective as having professional teeth whitening.” Comments Dr Georgios Sotiropoulos, White Glo’s dental expert.

According to a report released by Ernst & Young in August 2013, the rise of television programmes like The Apprentice, have encouraged and fostered entrepreneurialism across the UK. The report revealed that 71% of entrepreneurs surveyed thought the UK encourages an entrepreneurial spirit. The boardroom will be made up of people from all walks of life, but one thing they will likely all have in common is a command of body language, which is perhaps more important than many believe it to be, try smiling more at work and in social situations and see the positive effects it brings you.

You can find out more about getting a professional smile at www.whiteglo.com

For additional comment and for imagery to accompany this release please contact Danielle on danielle@kincomms.com or Lewis Gunn on lewis.gunn@kincomms.com or call +44(0)207 7179696

Notes to Editors:
White Glo is approved by the Australian Dental Association.