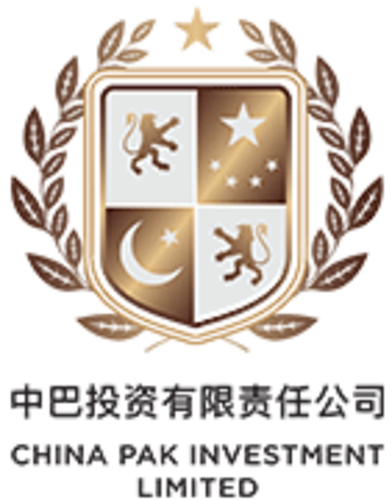 6th March 2018, London, UK – Leading private investment house China Pak Investment Corporation are offering investment opportunities on the $62 Billion China Pakistan Economic Corridor (CPEC) and its Gateway City – Gwadar, tipped to be the ‘new Dubai’. It has been quoted as “the project of the century to Pakistan” by the Financial Times. China Pak’s International Port City is an unprecedented and exciting new phase in the development of the Port of Gwadar, amongst the ‘most important Port Cities in the world’ from both an economic and geo-political perspective.

With China spending $4.5 billion on development, International Port City is being developed under the model of China's Shenzhen. Shenzhen went from being a market town of 30,000 in 1979 to being dubbed the ‘world’s fastest growing city’ in the 80’s and 90’s with land prices in Shenzhen skyrocketing by over 1000%, to become today’s economic powerhouse.

China Pak has invested in a series of roadshows & advertising campaigns across the UK, USA and Middle-East, starting today with 100 double decker buses in Zone 1 of Central London, the heart of the world’s financial capital. The campaign will run for 2 weeks in a bid to reach UK Pakistani community members who might be interested in supporting the growth of International Port City, and the enormous commercial opportunity it represents.

It’s a first of its kind gated master community - a $150 million master community spanning over 3.6 million square feet, set to become ‘The Most Prime Mixed-Use Community in Gwadar’. With 24-hour security, International Port City is ideal for the influx of Chinese expatriates and incoming Pakistani professionals alike. It is located minutes away from Zero Point, the centre of New Gwadar, itself amongst the safest cities in the world.

Gwadar: the largest port in South Asia by 2022

The World Bank estimates Pakistan’s economic growth to increase to a hearty 5.4% due to greater inflow of foreign investment, namely from this CPEC. International Port City will improve Pakistani infrastructure, deepen the economic and political ties between China and Pakistan and transform’s Pakistan’s most underrated economy in the world to the 20th largest by 2030. The country recently achieved an economic milestone, gaining the status of ‘emerging market’ in MCSI (Morgan Stanley Capital Internationals). Experts now expect global funds to come pouring into Pakistan’s stock markets as a result, with Pakistan exceeding India by 2020. It will even reduce shipping time from China to Europe from 45 days to 10 days.

Officials expect Gwadar’s cargo handling capacity to increase to 1.2 million tonnes by the end of 2018. By 2022, it will be able to process around 13 million tons, making it the largest and most strategically important port in South Asia. Gwadar will be the gateway of trade for the continent, linking China with markets in Central and South Asia.

Local people are heavily involved with the development of Gwadar. The first phase was sold out at the launch event in January, and a limited number of plots are expected to be released in the coming weeks for private sale.

To register interest for upcoming events or for more information on how to secure your future in the greatest project of this century, contact media@chinapakinvestment.com.