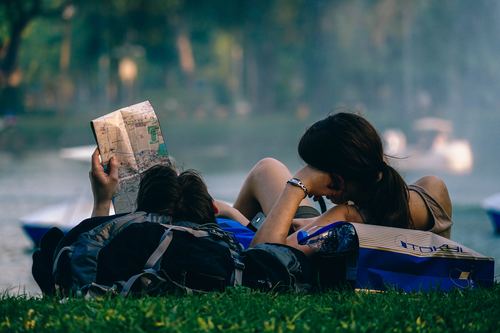 Berlin, 29 March 2018 — Touriocity and Traipse may well be one of the first companies to use Blockchain to reward tourists, downtowns and tour guides alike. The two companies recently partnered with OST to mint their own, Branded Token. Berlin-base OST is on a mission to make tokenization through Blockchain as attainable and mainstream as Skype.

Touriocity, with its HQ in London, organizes private tours in more than 60 destinations worldwide, with off-the-beaten-path excursions and even cooking classes to master local dishes that have been in the family for decades.

Virginia-based Traipse seeks to tokenize downtowns in an effort to encourage people to visit locally owned businesses and to minimize transaction fees for its merchants. Every town gets its own token, which can also be used in neighbouring cities.

Says Darren Smith, Founder of Traipse: “Users can earn points in-app by completing tours, sharing accomplishments on social media, and other actions. They can exchange those rewards for downtown tokens which they can then use for purchases at local businesses, transfer to friends and family as gift credit, or redeem for US dollars.”

The companies decided to team up with OST once they realised how complicated and expensive it would be to create their own token from scratch. “It’s a big jump to make on your own when you’re still a small company. We felt that OST was the ideal way for us to take this path without the risk or using up a ton of resources by doing it all ourselves.”, says Alex Grant, CEO of Touriocity.

—
OST (fka Simple Token) is a Berlin-based company founded in 2017 by Fab.com’s Jason Goldberg. Its turn-key solution OST KIT, currently in alpha mode, allows businesses to tokenize their apps and communities with their own Branded Tokens based on an Ethereum-based blockchain.