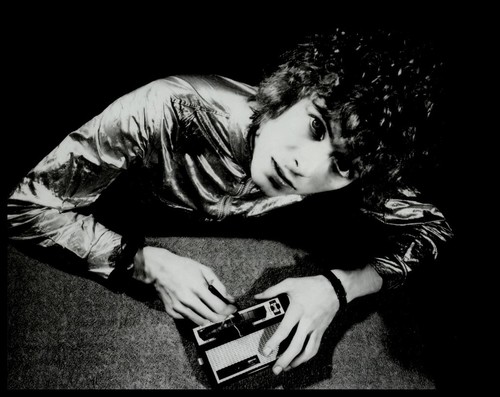 In 1968 a British engineer, Brian Jarvis, was trying to mend his niece’s piano. One circuit board and a stylus later and the unique monophonic organ was born – or, as it is known the world over, the Stylophone.

50 years later and Stylophone is going strong with new fans, new even more ingenious products and new packaging. A recent appearance in the film Baby Driver in 2017 has also helped keep this cult British brand at the heart of contemporary music and culture as one of the world’s most iconic musical instruments, with over 4 million units sold since 1968.

John Simpson of Dubreq says: “We are thrilled that more and more producers and artists are discovering the new Stylophone GenX-1. We also love how the original Stylophone is a hugely popular giftware item both for millenials finding it for the first time, as well as those who remember it from their childhoods. Its one of the reasons we asked Mel to re-style the packaging for its 50th birthday for all the Stylophone products including the
GenX-1 and the Beatbox. It is important that the branding reflects the unique cult status that this small hand-held synthesiser holds in our musical and cultural history.”

Celebrating its 50th Anniversary (along with other icons of our times including Kylie, the Big Mac, the Boeing 747 and LL Cool J!) Stylophone has been re-branded with new packaging by cult artist/illustrator Mel Elliot of I Love Mel.

From its appearance on Space Oddity (1968) (Bowie also used the Stylophone in 2002 on the track Slip Away) the Stylophone has held a fascination for musicians and producers, drawn to its space age sounds. Tony Visconti used the instrument again with Sparks on their 1975 album Indiscreet. Kraftwerk featured it in the single Pocket Calculator (1981) and other artists who have featured the distinctive tones of the Stylophone include Pulp, Manic Street Preachers, White Stripes, Belle & Sebastian, Hannah Peel, Richard Hawley, Little Boots, Kid Koala and Raconteurs. Its unique sound and raw electronic tone is recognised the world over.

For samples for features please get in touch.