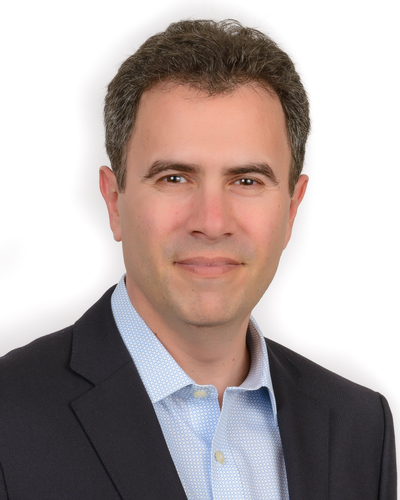 London, 18th June 2018: Almost three quarters of the nation fear their personal details will be stolen EVERY TIME they hand over bank details and email addresses to companies, it has emerged.

Two thirds are concerned that their data may have been stolen without their knowledge.

The general distrust of organisations and web-based stores emerged in a study of 2,000 adults, which also revealed around one in five have already had their personal data stolen.

Almost a third of these victims had been left out of pocket as a result.

It also emerged 65 per cent of those who had their data stolen as a result of a company hack worry that their data could still be used maliciously.

Commissioned by cybersecurity company, BullGuard, the research found the typical adult believes their personal details are held by 40 businesses on average.

Paul Lipman, CEO at BullGuard said: “As the results show, the way companies use data really is a huge concern for customers.

“This has particular relevance in the wake of the Dixons Carphone hack in which millions of customer records have been compromised.

“And clearly these worries are justified because the number of people who are victims of identity fraud is worryingly high.

“While the emphasis should be on companies preventing fraud, realistically we as customers have to be vigilant and careful about who we give out our data to.”

Among those polled, the most concerning repercussions of a company being hacked are identity fraud (71 per cent), theft of their credit card details (69 per cent) and stolen bank details (64 per cent).

The research also found just under half of respondents have even stopped or avoided using a particular site or service because they don’t trust that company to protect their personal data.

One of the reasons for this could be that 48 per cent don’t believe businesses do enough to protect their customers’ personal data.

A further 45 per cent think companies do not consider security to be a priority in the slightest.

In fact, most of those polled by BullGuard – an incredible 85 per cent – believe companies put profits before the security of customers.

Amid this, almost one fifth do not believe potentially huge fines of up to £20 million imposed by the Information Commissioners Office are significant enough.

Of those who have had their personal data compromised, one in five said they had to contact the company to inform them - rather than being informed of the breach.

Astonishingly, firms that did make contact after their customers’ data was compromised took 11 days on average to finally get in touch.

A third didn’t feel the company involved was helpful in dealing with the problem when they made contact.

And, forty per cent of those said the communication was ‘unsympathetic’ or ‘blunt’.

Shockingly around 80 per cent believe companies have been hacked - but have covered it up.

The BullGuard research also found five per cent have even had their kids accounts hacked. And a quarter know someone who has had their details stolen or misused.

Paul Lipman, CEO at BullGuard added: “The response from companies to data breaches simply is not good enough as far as customers are concerned.

“They want to be reassured and want to see quick and decisive action - but this is not the experience of many of those polled. It’s really important companies accept their responsibilities in protecting customer data.

“Despite the recent introduction of GDPR in which customer data is supposed to be securely locked down by law, people are still clearly concerned about their personal data being stolen and compromised.”

BullGuard is a market leader in consumer cybersecurity. We make it simple to protect everything in your digital life – from your data, to your identity and your smart home. The BullGuard product portfolio extends to PCs, tablets and smartphone protection, and includes internet security, comprehensive mobile security, 24/7 identity protection and social media protection. BullGuard released the world’s first IoT vulnerability scanner and leads the consumer cybersecurity industry in providing continuous innovation.

Dojo by BullGuard is an award-winning intelligent cyber defense system and service that provides the highest level of protection to consumers across all of their connected devices and smart homes. Dojo is the cornerstone of a smart home, ensuring a connected world where every consumer in every home, is smart, safe and protected.