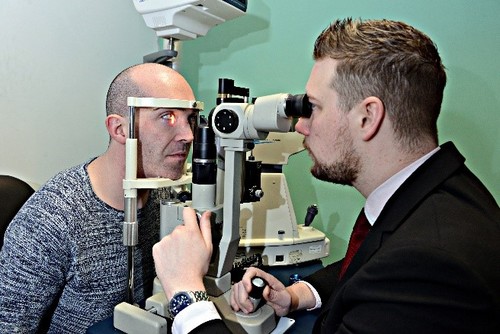 • One in five – 7.6 million UK licence-holders - haven’t had any vision check since reading a number plate at 20m when passing their driving test
• More than half of drivers (52%) confess to not always wearing their glasses/lenses
• 81% of UK drivers flout voluntary sight requirements, failing to have an eye test every two years

Findings from comprehensive eye tests conducted by a leading optician on over 1,000 UK residents have revealed that one in five – which equates to 7.6 million licence-holders - haven’t had any vision check since reading a number plate at 20m when passing their driving test.

In a bid to scrutinize the 20m test as a worthwhile indicator of roadworthy sight, Vision Express carried out the number plate check, and then gave the same individuals comprehensive eye tests on its high tech, mobile ‘Vision Van’ as it toured the UK earlier this year.

Crucially, while only 1% of the public failed to read a vehicle registration plate from 20m, 2 in 3 (65%) were found by optometrists to be wearing an incorrect prescription.

Worse still, 52% of motorists confessed to not always wearing their vision correction while driving, with optometrist analysis showing that 7% - 2.8 million licence-holders - were putting lives at risk by getting behind the wheel because their vision unaided was either below the legal standard to drive, or borderline.

The findings throw weight behind the ‘Eye Tests Save Lives’ initiative, led by Vision Express in collaboration with the Police, industry bodies and road safety charities, which is urging policymakers to introduce mandatory checks of visual acuity every 10 years for UK motorists.

Vision Express has been campaigning for changes to sight standards for drivers since 2015 under the banner ‘Eye Tests Save Lives’, following Government statistics revealing that around 3,000 road casualties each year are down to poor driver vision.

Vision Express director of professional services, Jay Ghadiali, said: “There is no question that road casualty figures with vision identified as a causal factor are hugely underreported. We believe the annual 3,000 figure is the tip of the iceberg, and sadly the issue of sight is only raised when there is yet another fatality, like in the case of Cassie McCord or Poppy-Arabella Clark.”

The Vision Express results corroborate research by industry regulator AOP this month, which reported that 44% of optometrists have examined patients who drive with vision that falls below the legal standard. A separate poll, by the DVLA, found that 50% of motorists were unaware of the minimum sight standards needed for a licence.

Vision Express recently collaborated with Brake and the Police on a roadside trial, which stopped over 1,000 motorists at random in Thames Valley, Hampshire and the West Midlands, and asked them to complete the 20m check. Its results are due to be announced in early 2019.

Joshua Harris, director of campaigns at road safety charity Brake said: “Good vision is fundamental to safe driving and yet our current licensing system does not do enough to protect us from drivers with poor vision. We urge the Government to look at updating the existing 20m number plate test and implement more stringent measures, ensuring that everyone who drives on our roads has a safe level of vision.”

Jay added: “I am convinced beyond any doubt that the current testing regime is inadequate. Even more data is on the horizon on this issue, but we cannot sit on our hands and allow drivers to continue to flout their legal responsibility to ensure their sight is adequate to drive. We already have robust research to show the scale of the problem of poor driver sight and it must be acted upon.

“The 20m test was devised in 1937 – we now have sophisticated ways of testing vision that makes the number plate check obsolete. We’re calling for it to be stopped and replaced with mandatory eye tests every 10 years to coincide with licence renewals, and we’ll continue to gather the data to convince the Department for Transport and policy-makers that this is vital.”

Vision Express is introducing the 20m test into its flagship Oxford Street branch - and hopes to collate further evidence that passing the check is not a robust indicator of good visual acuity.

The Vision Express ‘Eye Tests Save Lives’ campaign has won multiple awards for its efforts in raising awareness of the dangers posed by motorists with poor vision. It secured a breakthrough commitment in November 2017, with the DVLA introducing an eye test reminder to driving licence renewal notices. But, it is not enough says Jay Ghadiali. Vision Express is calling on the Government to explore ways to make the driver eyesight testing regime in the UK more effective by:

o introducing a full eyesight test (including peripheral vision) for all new drivers
o introducing a mandatory eye test requirement for all drivers every 10 years to coincide with the renewal of the photo card driving licence
o exploring how the eye testing regime can better reflect eyesight deterioration as drivers age
o spearheading awareness-raising initiatives emphasising the importance of good driver eye health.

The Vision Van, which has visited over 40 cities and events nationwide over the past 10 months, was in the Midlands for Road Safety Week this November. It offered free eye tests at two Nottingham-based companies, bus operator Sharpes and global bike brand Raleigh, prompted by DfT statistics showing that the West Midlands has the highest rate of road casualties in the UK. Follow its journey at: www.visionexpress.com/vision-van/

• The legal minimum standard for driving in the UK is to read a standard number plate from a distance of 20 metres (or 20.5m for an old style number plate) wearing corrective lenses if required. Visual acuity must be at least Snellen 6/12 with both eyes open. Any driver unable to meet these standards must not drive and must notify the DVLA, which will refuse or revoke a licence.
• The number plate test was originally introduced over 80 years ago in 1937 at a distance of 75ft (23m) before the Second World War. In 1971, to reflect a change in number plate size, the distance was amended to 67 feet (20.5m). The requirement to read a number plate at a distance of 20m came into force in 2003, the result of the font size on the new number plate.
• The UK driver eye sight-testing regime is far behind many other countries in Europe. The UK was one of only five countries out of 29 in Europe assessed by the European Council of Optometry and Optics (ECOO) to use the number plate test for new drivers. The Council states that the 20m number plate test “is not a measure of visual acuity”. In 22 of the 29 countries assessed by the ECOO, a doctor or an ophthalmologist is required to undertake the eye testing. In the UK this is done by a driving instructor.
• In 2017, a total of 6,954 drivers had their (Group 1) licences revoked for eyesight-related conditions. Over 40% of these were aged under 70.
• The UK has a worsening outlook for eye health: over 2 million people are living with sight loss, 50% of which is preventable, and forecasters predict a further half a million could lose their sight by 2020. For 53% of these, a simple sight test and new glasses could make a huge difference.
• Deterioration of eyesight is often gradual, yet regular sight checks can pick up subtle changes in visual fields. Early treatment is essential to safeguard vision for life.
• The College of Optometrists surveyed 3,000 drivers and found that one in five admitted driving knowing their vision was poor. This is echoed by a Brake survey in which 19% of drivers put off visiting an optician when noticing vision problems.

Vision Express is one of the largest optical retailers in the UK and part of GrandVision,the global leader in optical retail operating in more than 40 countries, spanning over 6,500 stores and online.

With almost 600 stores nationwide, Vision Express first opened its doors in Newcastle in 1988. Built on a passion for the profession, it has gone from strength to strength, driven by a commitment to unparalleled customer service and providing the best individual optical care, the right product and great value. Customers can select from a vast range of genuine designer brands and the latest technology lenses, through to complete glasses from 39GBP.

With around 6,000 employees, Vision Express makes a significant difference to the communities it operates within, and the organisations it chooses to support. As part of its commitment to Vision. Taken Seriously, and as a responsible and caring retailer, Vision Express is proud to partner with a range of healthcare charities, which have touched the lives of customers and teams. These companies provide vital support to people affected by vision-related conditions. They are part of the Vision Express Charity Project and include:

This press release was distributed by ResponseSource Press Release Wire on behalf of The Tonic Communications in the following categories: Health, Motoring, Retail & Fashion, for more information visit https://pressreleasewire.responsesource.com/about.