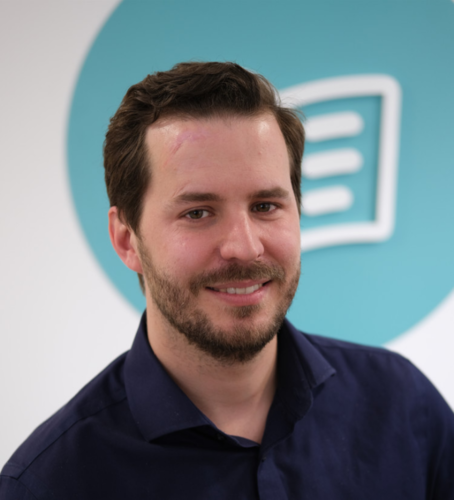 LeKiosk, a European major player in the information streaming industry, is opening a new London office and strengthening its UK team. The company’s digital content platform provides access to more than 1,600 press titles and over a million articles from partnerships with numerous publishers. LeKiosk has established its leadership position in French-speaking Europe and secured partnerships with major Telcos and content platforms which has enabled it to record 3-digit annual growth since 2015. LeKiosk plans to go even further this year by accelerating its international presence and replicating its successful business model.

In just three years, LeKiosk saw its turnover increase fivefold. Its workforce doubled last year, including the arrival of a dozen new employees in strategic Tech, Product and Data positions. The company now has more than 80 people around the world. Although present in the UK since 2012 with several strategic partnerships, LeKiosk has recently opened a new London-based office and hired in several key positions in order to better serve the UK market and accelerate growth as part of the international expansion plans led by Laurent Malek, CRO and Head of International (ex Managing director of Walt Disney Television Italy and East med region).

Blaise Keen, Country Manager, UK
Blaise is responsible for managing the UK market, including brokering new strategic partnerships. He joins from The Walt Disney Company where he most recently worked across digital commercial and account management of the companies Film, TV & interactive content portfolio across UK and EMEA to their digital platform partners including Apple, Sky, Amazon and Google. Prior to this Blaise worked at Sony Pictures Television in their UK/Africa sales division distributing the companies Film & TV content slate to Free TV and Pay TV partners. Blaise holds a BSc in Environmental Studies from the Open University and is currently studying a Masters in Business Administration (MBA).

Charlotte Watts, Publisher Relationship Manager, UK
Charlotte is responsible for strengthening current publisher relationships and building new ones. She joins from Immediate Media Co, where most recently she was a Senior Project Manager in the advertising department, managing some of the biggest campaigns through the door from the likes of Sky Cinema to BMW. Prior to this role, Charlotte was employed by Frontline as a Newstrade Marketing Manager looking after the print circulation, retail marketing and publisher relationships for market leading brands such as BBC Good Food, BBC Gardeners’ World and BBC Top Gear. Charlotte holds a BA in Business Management from The University of Sheffield.

Both LeKiosk’s CEO and founder, Ari Assuied, and CFO, Laurent Kayser, spend more than 50% of their time in the London office and there are a number of support staff.

The UK office is supported by a solid team of tech, data, product and marketing managers based in Paris, which has also been considerably strengthened in recent months.

In France the platform has established distribution partnerships with four of the five leading Telcos including Bouygues Telecom, Free, Nordnet and Digicel, as well as a large number of media companies and retailers such as Canal+ , Cdiscount, Videofutur and Canopé Network. The UK team is looking to replicate their successes with French Telcos with new partners that should see the light of day in the coming months.

“The market for digital media, which is experiencing strong growth, provides opportunities for all market players. We are passionate about the media and determined to share this passion with the greatest number of people so we are constantly improving our product to make it as attractive as possible” said Ari Assuied, CEO of LeKiosk. “While we have been present in the UK since 2012, we are bringing in a strong team of experienced people to strengthen our existing relationships in the market and build new ones which will allow us to provide the broadest information streaming platform and reconnect readers with the content they are passionate about.”

About LeKiosk
Since its creation in 2006, LeKiosk’s ambition, driven by a deep passion for the media, is to reconnect readers to the content relevant to them, by offering an ultra high-performance platform, based on advanced technology and backed up by a team of more than 80 people. With its expertise and a network of strategic partners, the platform offers more 1,600 titles, news and magazines, accessible via mobile app or PC.
LeKiosk is available in France, the United Kingdom, Italy, the Caribbean and Madagascar and aims to accelerate its international expansion over the next two years. Since its inception 13 years ago, LeKiosk has continued to rapidly innovate the way it promotes information streaming at a time when the industry is reinventing itself and the way the general public consumes information is changing.


Notes to editors:
LeKiosk can be downloaded from the Apple or Google Play Stores, is accessible via mobile, tablet or computer. Subscribers can try for one month for 99p and then the unlimited subscription costs £7.99 per month. There is no minimum subscription period and users can cancel at any time.