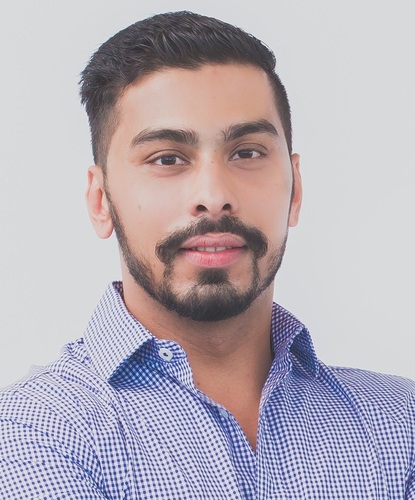 World Retail Congress 2016,, Dubai: April 12 2016:
In a world’s first, Intelligence Node, the retail analytics and pricing intelligence company, has unveiled a multilingual feature at World Retail Congress 2016,in Dubai for its pricing and merchandizing platform that enables e-businesses to run global channels efficiently by converting both language and currency in real-time.

The new multilingual platform can be seen at the World Retail Congress 2016, a premier event for international retail CEOs and business leaders, running April 12 through 14 at Dubai’s Madinat Jumeirah.

The platform uses a combination of in-house developed algorithms that connects to more than 20 third-party dictionaries, including image archives. Additionally, Intelligence Node has implemented a Natural Language Processing (NLP) layer to ensure that contextual meaning is accurately preserved. For example, σακάκι can mean both jacket and blazer in Greek. Without contextual understanding it can easily be mislabeled on an e-commerce website.

“We believe this is the next growth area of market dynamics as the country boundaries slowly disappear as e-retail expands,” explained Yasen Dimitrov, CAO of Intelligence Node. “Utilizing our platform, e-retailers can capitalize on pricing inefficiencies and profit from merchandizing trends”.

Bfashion is also deploying the system across its fashion retail sector, which operates in 9 languages.“We are operating online shops in 9 countries in 9 different languages. Intelligence Node provides centralized view of competitors in a single language, helping us with day to day pricing decisions and overall strategy,” commented a spokesperson for Bfashion

Drop by the Intelligence Node booth, #51, at World Retail Congress for a demonstration of the new multilingual platform. Or book your place on Thursday 14th at 12:55 when Sanjeev Sularia, CEO, Intelligence Node is joined by three other speakers for a discussion entitled ‘Fusing online and offline retail: Analytics that drive the union of clicks and bricks’. Book your place here.

About Bfashion
Bfashion is a fashion marketplace that is headquartered in Bulgaria. Seller’s from 9 European countries including Bulgaria, Romania, Greece, Czech Republic, Poland, Hungary, Slovenia, Croatia and Slovakia can showcase and sell their products to consumers in those regions. more at Bfashion here