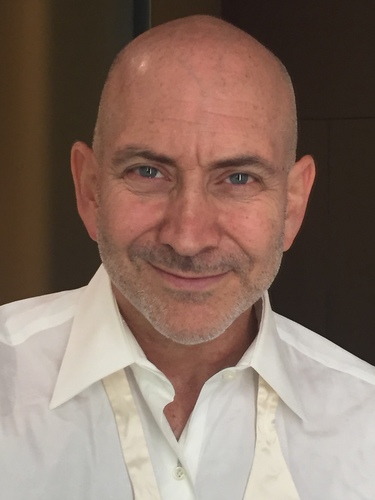 This may be the most successful grassroots fundraising in blockchain history

The Pillar project is the brainchild of David Siegel, whose 2010 book, Pull (Penguin), described a future with no apps and with the personal data locker at the centre of people’s lives.

Speaking following a livestreaming YouTube broadcast, he said, “This may be the most successful grassroots fundraising in blockchain history. Most big token sales this year have been snapped up by a small number of “bitcoin whales” with transactions worth millions of dollars, yet ours had almost no large transactions. It was similar to Ethereum’s own crowd sale in 2014.”

The funds from the Pillar token sale, will be used to create the “universal smart wallet.” The Pillar Wallet will hold people’s assets and become their personal digital assistant, powering all of their devices.

David Siegel, a serial entrepreneur who has started 21 previous companies, said “I spent years speaking to VCs about the personal data locker. I even wrote a book about it, and nobody was interested in a platform approach. They said it was too big, too hard, too futuristic.

“Things came together this spring with the blockchain, tokens, crowdfunding, and an amazing group of volunteers who were attracted to the ideas. The more I talked and wrote about it, the more people came. I don’t manage them – they self-manage, like a hive. We don’t have any board of directors, managers, or formal structure. We financed the three-month effort of more than 60 people by paying them in future tokens – we didn’t spend a dollar of our own money. If people are already having meetups about your future system based on a white paper and a crowdsale, that’s a good sign.”

The campaign received much of its support from people on YouTube. From big YouTube personalities with tens of thousands of viewers to people getting out and making their own Pillar videos in several languages, YouTube was the communication medium of choice.

"I was doing YouTube interviews from 8:00AM to midnight," said Siegel. "We were amazed how effective it was and quickly shifted our focus to video, even live-streaming the launch and close of our token sale event. Crypto-influencers on YouTube included Jake
Brukhman from Coin Fund, Avi Mizrahi from Finance Magnates, Joe (JSnip4) from Realist News, Mike B, Austin Angler, Bitcoin Cryptomodenas, Jay Stillman, Sebastian Jago and SleepWoke.

An important part of the project’s appeal is the design of the system, which will give individuals complete ownership and control over their personal data. Data privacy and hacking are becoming increasing concerns, both for large organizations and consumers.

The Pillar wallet will turn the current paradigm around, so individuals own all their data, and the open-source wallet helps them work with it as their personal digital assistant. No company will own or control their data. Consumers are free to choose the services they want without being ‘trapped’ in apps and web sites.

The Pillar system will use its own native utility token, called the pillar (symbol: PLR). David Siegel said, “Digital tokens are everywhere – they’re in all your digital devices already. Putting them on the blockchain means you own them, and that gives you the control in your relationship with companies and governments. Blockchain-based tokens will soon be used for everything, from currency to identity to energy to coffee to golf.”

Entrepreneur Richard D Titus, a former Samsung executive, said, “Pillar will be the new platform for digital natives. It replaces the Apple, Google, Microsoft, Facebook domination of our devices. This is a world changer.”

To date, Pillar has been entirely staffed by a group of global volunteers, from 13 time-zones who are part of the Twenty Thirty blockchain community.  As well as David Siegel, the founders include Tomer Sofinzon from Israel, Yogesh Gaikwad from India and Vitor Py from Brazil.

The Pillar team will host a live webcast this evening at 7:00 PM London UK time. This is a big meeting, thank you and kick-off for the future Pillar online community.

As well as being the co-creator of Pillar, David Siegel, is a founder of Twenty Thirty AG, a corporation registered in Zug, Switzerland.  He is a web pioneer, author, and serial entrepreneur.  He is the world’s first web designer, started one of the world’s first web-design agencies, and sold it to KPMG.  He was a figure in the semantic web movement and is now a central player in the blockchain world. In 2016, he was a candidate to become the next dean of Stanford business school. His work is at dsiegel.com.

The founders of Twenty Thirty, are building a worldwide community to create the decentralized networked world that will be mainstream in the year 2030.