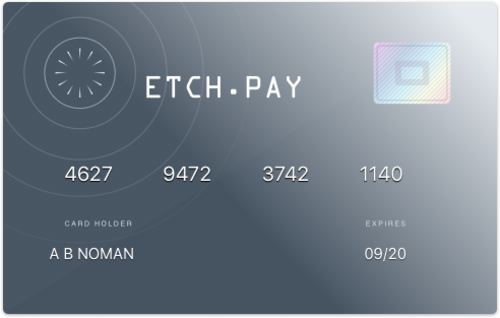 Etch, a new blockchain-based payroll system which allows employers to pay workers second by second, has announced it is raising £5million to develop the platform through a token sale which started on Monday 18 September 2017 at 6:00 PM UK time (BST), and will last for one month.

Etch is the first approved decentralised app (dapp) in the London-based Construction Blockchain Consortium, a group of leading UK champions of disruptive technology who are transforming the building environment.

People using Etch will be paid in the currency of their choice and it even allows for part payment to a family member home or abroad. It will use an innovative payroll card that will be accepted at millions of locations worldwide. Additionally, the system allows those who do not have bank accounts to be paid securely.

The Etch system will use its own token, called the Etch Token (symbol: ETCH). London-based Euros Evans, a blockchain technology expert, is the CEO and driving force behind the Etch Foundation. Euros Evans said, “Billions of the world’s population live paycheque to paycheque, a situation that can lead to mounting debt, stress and poor health.  Etch’s solution enables employers to pay their employees in real time.  If, for example, they don’t have any money at the beginning of the day, their morning’s work will mean they have enough money for lunch and other purchases.

“We will use blockchain technology to unify payroll and remittance services to create a platform that not only benefits employees, but reduces business inefficiencies, saving them time and cost in payroll.”

Euros is supported by a team of innovators including Etch CTO Tomasz Mldouchowski, a former MIT student of computational physics and supercomputing. Tomasz has worked on a number of technology projects and is also a technology consultant for a number of financial institutions.

Etch also benefits from a wealth of knowledge from its advisors including Technology Entrepreneur Ross Laurie, who said, “Payroll is a highly emotive subject and can be a source of much distress for employees and contractors. This system can work in every industry with every currency. The Etch system will be aligned to successful and ethical firms whose leaders wish to pay people in a timely way with minimal paperwork.”

Euros Evans spent over 25 years in the construction industry. First, he worked as an apprentice builder with his father before studying to become an architect.

Always having an interest in innovation, in 1993 he co-founded the UK’s first student accommodation website. Realising the potential of blockchain he set up NOMAN in 2015 and built a community of 800-plus, forging strong relationships with the people who have now become key members of the Etch team.